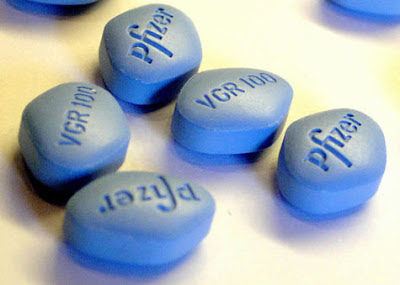 The story of Gerolsteiner rider Andrea Moletta's father being detained by the Italian anti-doping police in a car with a large amount of Viagra might have simply been the source of many dirty jokes had it not led to his son's withdrawal from the Giro d'Italia.

Natalino Moletta was stopped by the Italian Guardia Finanza as one of three passengers in a vehicle travelling from Padua to the Giro d'Italia which reportedly contained 82 packages of Viagra, along with a disposable syringe hidden in a tube of toothpaste and a refrigerator with other unidentified products. The search was reportedly part of a wider investigation into doping at gyms in Padua, but reports also indicated the car, and thus the products on board, were headed to the Giro d'Italia. However, there is no indication that the police action was aimed at the Gerolsteiner team.

"It was a targeted police action," Gerolsteiner director Christian Henn told dpa. He said Andrea Moletta could not explain why his father was caught up in the incident, and agreed to leave the Giro. "If they were looking at Moletta, why wasn't there immediately a raid in our hotel? So far everything has been quiet," Henn said.

Doping is rife in fitness clubs worldwide, and Viagra is a widely used as a recreational drug, so it is possible that the products in question have nothing to do with cycling. Still, the Gerolsteiner team deemed it serious enough to remove the rider from the race. Do we have yet another Willy Voet on our hands? Was the car bringing drugs to riders in the Giro? And if so, why Viagra?

Viagra, or sildenafil, is normally used to treat erectile dysfunction, but a 2006 study published by the Journal of Applied Physiology (JoAP) and reported in Science Daily claimed that the drug can significantly enhance performance at altitude in some cyclists. At the moment, the 'little blue pill' is not on World Anti-doping Agency's prohibited substances list.

WADA's spokesman Frédéric Donzé confirmed that Viagra is not banned in competition, but said that the agency is looking into the matter. "WADA is aware of the high altitude study presented in Science Daily. WADA monitors this substance, as it does with many other substances, and is currently funding a research project on the performance-enhancing potential of Sildenafil at various altitudes."

But is Viagra a performance enhancing drug outside of the bedroom? The JoAP study tested ten trained cyclists at sea level and in an altitude chamber simulating 12,700 feet (3870 m) above sea level (or about 1,200 metres above the Giro d'Italia's Cima Coppi). The results were remarkable: while no benefit was gained at sea level, the Viagra group improved its performance over a six kilometre time trial at altitude by 15% over the group given a placebo.

However, the average numbers were deceiving, because the Viagra group was split into "responders" and "non-responders". Four of the subjects had shown a more marked decrease in performance at altitude than the others with placebo, and when they took Viagra, the difference went away.

Another study from a group in Belgium from 2007 tested the drug on "healthy subjects" before and after acclimatization to altitude (5,000m) and saw the performance benefit of Viagra vanish once the subjects were adapted to the low oxygen environment.

The impact of altitude on exercise capacity varies widely from person to person, depending on physiology and acclimatization. Some adapt quickly at high altitude, while others can have severe reactions such as mountain sickness or pulmonary edema - which typically show up above 2,400m.

Whether or not the drug can give a benefit to riders at altitudes below this level remains to be seen. With Monday's mountain time trial from San Vigilio di Marebbe to Plan de Corones heading from 1,200 up to 2,273 metres above sea level, will we see riders popping Viagra to get up for the race? If they do - and if the drug is not banned by WADA, and only the riders who have the unfortunate physiology to have their blood vessels seize up in hypoxic conditions can get a benefit - is it doping?
Posted by Recovox at 6:50 PM

Viagra is one of the best known pills for erectile dysfunction but is also said to reduce men's fertility by decreasing the ability of their sperm to fertilize an egg. Do not buy viagra without a doctor prescription.
http://www.viagracare.com

A brief comparison of Viagra, Cialis and Levitra efficacy makes it apparent that Eli Lilly’s medicine buy cialis is the best drug to treat male erectile dysfunction. Cialis is available in smaller doses and lasts for a much longer period than Viagra and Levitra i.e. 36 hours. However there are various other advantages that are yielded by the anti-impotency medicine Cialis and for more information on Cialis, visit the website http://www.buy-cialis-online-now.com

Impotence, also widely known as erectile dysfunction, effects most men at some stage in their lives. It is a very common problem with recent surveys indicating that as many as 33% of men suffer with impotence at any given time. http://www.viagraforce.com

Viagra improves erections for most men no matter how long they have had erectile dysfunction, taken approximately 30 minutes before your plan of sexual activity and works on stimulation for around 4 hours.

FDA approved mens health medication viagra is not a drug to be taken lighliy you should read all about the pros and cons regarding the medication before you buy viagra!

I started to use Viagra and also I tried Cialis. last month, I got in to a pharmacy to Buy Viagra and Buy Cialis, I intended to Buy Cialis Online or maybe to Buy Cheap Viagra at last I have decided to Buy Levitra at Buy Cheap Levitra site. I got in to an online pharmacy a month ago to Buy Lipitor is an oral drug that lowers the level of cholesterol in the blood. Hydrocodone One of the most widely prescribed medications as well as Cheap Vicodin and its related Cheap Hydrocodone I will sure continue Buy Hydrocodone I went to the doctor a week ago to Buy Oxycodone I got into a online pharmacy to Buy Oxycodone Online next time I'll try to Buy Vicodin Online it cost much less or maybe Buy Valium I think it as the same effect as Buy Vicodin it is easy to Buy Hydrocodone Online I can also Buy Hydrocodone No Prescription my doctor advise me Buy Vicodin Online I started a diet, and going to Buy Phentermine and Buy Phentermine Online I also Buy Acomplia and Buy Vicodin No Prescription I went in for a physical that my work required he told me I can Buy soma and Buy Ultram pain medication Buy Oxycontin Online is a derivative of opium as Buy Valium Online I also have sleeping problems I tried Xanax It is better to use online pharmacy to Buy Xanax Online and Buy Xanax I'll try to Buy Ambien Online I originally take Ambien, since I used internet to Buy Ambien I recommend some sites to choose from Buy Percocet pain reliever as well as Buy Xenical also Buy Adipex and Buy Zolpidem. also Viagra and Cialis and Levitra last one Cialis good health!