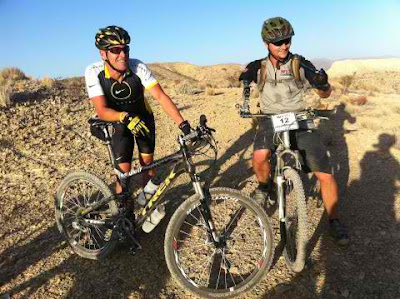 Lance Armstrong joined George W. Bush on Wednesday for the final leg of the former president's 62-mile mountain bike ride with 15 U.S. soldiers who lost limbs or were seriously injured in Iraq or Afghanistan.

Bush_275 The seven-time Tour de France champion commended the soldiers for their will to recover and teased Bush about his athleticism.

“Today, he started fast but then he kind of blew a gasket,” Armstrong joked.

The former president said his three-day ride on the desert trails of Big Bend National Park, on the U.S.-Mexico border in southwestern Texas, was "real cool, unbelievable."

“As a commander in chief, it was my decision to put them in harm's way in the first place,” he said of the soldiers. “I feel a special bond toward them and I want them to know I'll never forget them.”

The soldiers are part of the nonprofit Wounded Warrior project. 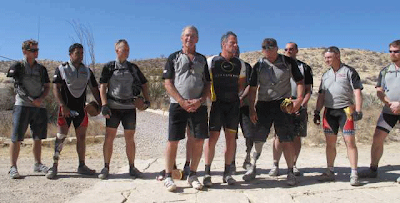