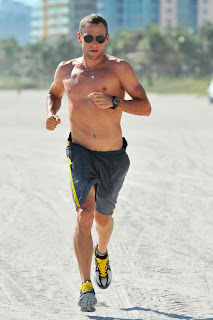 The question of whether or not seven-time Tour de France champion Lance Armstrong is still training to compete in the 2011 Ironman World Championship is starting to clear up.

@Cledawgs asked: “Got any marathons planned?”

To which Armstrong responded: “eyeing the windy city for the next one.”

If we assume Armstrong is referring to Chicago’s marquee marathon, the 2011 Bank of America Chicago Marathon, then Kona is likely a no-go for 2011.

While it is possible to race in both an Ironman and a marathon in the same season, it is virtually impossible for an athlete to compete in both the Ironman World Championship and the Chicago Marathon. The Ironman World Championship is set for Saturday, Oct. 8 in Kona, Hawaii, with the Chicago Marathon taking place the next day on Sunday, Oct. 9 in Chicago, Ill.

Regardless of what races he ends up competing in this year, Armstrong seems to enjoy keeping us guessing.
Posted by Recovox at 7:46 AM