Armstrong a popular figure at fundraiser 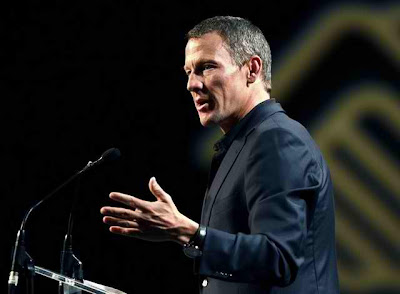 Lance Armstrong is no stranger to the responsibilities of raising children.

"With five kids, sometimes I feel like I run my own Boys & Girls Club of America," Armstrong said at Tuesday's 15th annual Steak & Steak Dinner.

"I have two boys and three girls, and it gets to be interesting as you as parents probably know. It's probably the biggest responsibility we've all ever had in our lives, and I say that as somebody who's done some important things."

Armstrong, a seven-time Tour de France champion, was the featured speaker at the event, which was attended by more than 1,000 people at the University Plaza Convention Center on Tuesday. The evening benefited the Boys & Girls Clubs of Springfield.

"This is our biggest fundraiser by far, and this year we'll probably set a record thanks to the O'Reilly family," Boys & Girls Clubs board member Randy Bachus said.

Bachus said the club did not have to pay Armstrong a speaker's fee because of Armstrong's ties with the O'Reilly family. Larry O'Reilly, an avid bicyclist and retired president and chief executive officer of O'Reilly Automotive, serves on the board of the Lance Armstrong Foundation and introduced Armstrong on Tuesday.

Because of that, he said the club was hopeful they could break the previous event record of $175,000 raised.

On Tuesday, the club raised more than $75,000 during the live auction section of the program alone.

The club has more than 3,000 local members, several of whom volunteered Tuesday and got to see Armstrong's speech in person.

"I have two of his shirts, so I'm kind of one of his fans," said Central High School sophomore Kelly Ristine, who was one of the Boys & Girls Clubs volunteers at the event.

"He showed me that you can overcome obstacles because he had cancer."

Armstrong, who chose not to make himself available to the media, spoke for 20 minutes about his battle against metastatic testicular cancer and work with the Livestrong campaign with the Lance Armstrong Foundation.

"The only day I can say the foundation is going great is the day you don't need us anymore," Armstrong said.

And he joked he already has ideas for what to do with the foundation's building in Austin, Texas, when that happens.