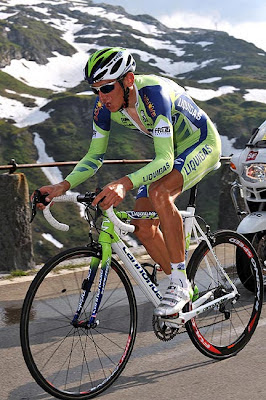 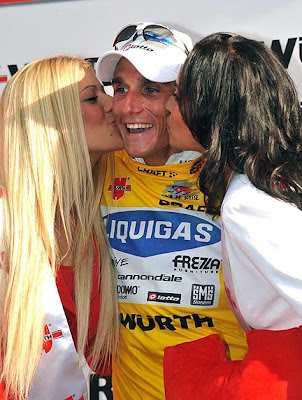 Liquigas' Roman Kreuziger confirmed himself as one of the world's best climbers in the Tour de Suisse on Saturday, putting in a stunning performance to win the 25 kilometre test on the Col du Klausen and pull the leader's yellow jersey off the shoulders of High Road's Kim Kirchen. The Czech rider was thrilled to put in the best performance of his career in Switzerland.

"Until now, my win in the 2004 world junior title in Verona was the most important. But now this victory here in the time trial tops that result," said an elated Kreuziger after the race. "I hadn't done a mountain time trial yet with the pros, but I was very motivated because I was second overall going into today. This is my first big victory as a professional."

The 22 year-old has a long history of competing in the country. "I was racing as a schoolboy for a Swiss club called RV Sulz and as a junior I competed for the Groupe Sportif Schumacher, which also had its base in Sulz," he said.

With no major difficulties facing the riders on the final stage to Bern, Kreuziger looks well placed to take the overall title home. He leads by 49 seconds over Astana's Andreas Klöden, but could get help from Team CSC who will want to deliver Fabian Cancellara to another stage victory in his home town.

Kreuziger only came to Tour de Suisse to prepare for his first Tour de France, but surprised himself with his form. "I came to the Tour of Switzerland hoping to do a good preparation for that race, but when I learned I was in good condition, the overall classification came into my focus," he said. "For the first time, I am in the Liquigas team selection for the Tour de France. I will go there to learn and to stay there for ten days. Maybe I can do something in a stage."
Posted by Recovox at 4:41 PM