Interbike to remain in Las Vegas 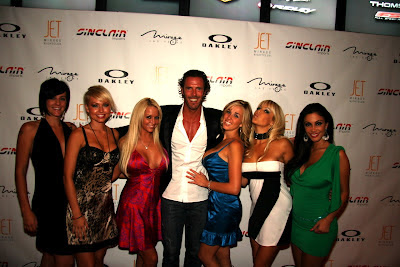 The Interbike International Bicycle Expo will remain in Las Vegas, its management today announced. An agreement with the Sands Expo and Convention Center to host the industry's show for a minimum of three more years, beginning with the 2010 show, is currently being finalised.

"The decision to keep the Interbike show in Vegas comes after years of research and communication with our retailer attendees, exhibiting manufacturers and important industry partners," said Lance Camisasca, Interbike's industry consultant. "The data and communication we have collected, along with industry recommendations from organisations like the National Bicycle Dealers Association (NBDA) and Bikes Belong, confirm our decision to keep the show in Las Vegas."

Keeping Las Vegas as the host city for the Interbike trade show came into question two years ago in preparation to renew the show's contract with the Sands Convention Center, which expires with the 2009 show. Among other things, members of the industry were interested in seeing the show support a more cycling-friendly city, while maintaining the best return on investment for exhibitors and retail buyers.

"While no one city is a completely perfect fit for the show, we are confident that Las Vegas continues to be the city of choice for the majority of our members," said Fred Clements, executive director of the National Bicycle Dealers Association. "After numerous communications with our members and board and reviewing the annual survey results, the proof is in the numbers. In addition to what shop owners and managers say to us and what they put in a survey, retailers' loudest vote has been with their feet by attending the show."

The 2008 Interbike trade-only events begin with OutDoor Demo (September 22-23, 2008 in Boulder City), followed by the Interbike Expo, September 24-26 at the Sands Expo and Convention Center in Las Vegas, and OutDoor Demo East, October 21-22 at Roger Williams Park in Providence, Rhode Island.
Posted by Recovox at 9:13 AM