Tour of California to have the "greatest" line-up ever 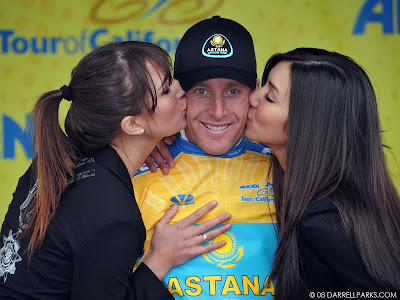 Tour of California organiser AEG Sports believes it has the "greatest field ever assembled" in the USA for the running of the fourth edition of its stage race, February 14 to 22.

"It is clear that this year's Amgen Tour of California has the greatest field ever assembled in our country," said Andrew Messick, president of AEG Sports. "We have legendary champions like Lance Armstrong, ... the best professional cyclists riding today and many of the most talented young riders in the world."

"The level of competition, the challenge of the course and the highly professional atmosphere makes it the ideal situation for me to continue my training," said Armstrong. "I have also chosen the Amgen Tour of California because of the race's record of supporting cancer awareness and research ... and its commitment to partner with our Lance Armstrong Foundation."

The nine-day race consists of 750 miles. It starts with a prologue time trial in Sacramento in northern California. It ends with a stage to Escondido.
Posted by Recovox at 8:45 AM