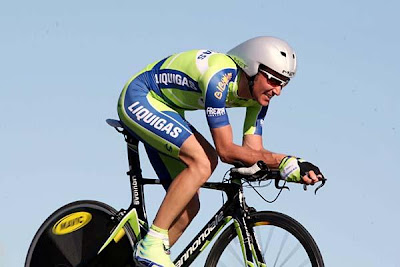 Italian Ivan Basso was by far the race favourite. The San Luis fans waited for hours in the scorching heat to catch a glimpse of the 2006 Giro d'Italia winner in action. While his ninth place performance might have disappointed some, Basso was more than pleased to have the first time trial of the year under his belt.

"I think I did a great time trial," said Basso after his 24:22 ride. "I did the first half with the second fastest time of the day. I think in the final five kilometres there was a strong head wind and my condition was not ready 100%. I know on paper it is nothing special but it is still January and a test of my performance. I paid a little today but I am still really happy."

Basso congratulated the top three for their impressive performances. The Tour of San Luis was considered the most important race of the season for South American riders. "I think the two Argentineans who were on the podium are in top form for this race," Basso said. "They were very strong. You can't compare my performance to theirs because I just arrived from a lot of snow in my city." 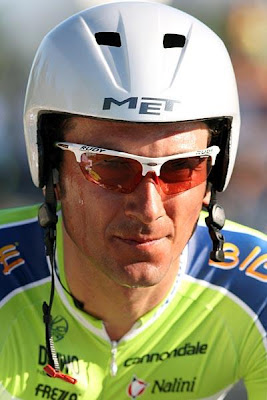