Floyd Landis Is Back In Business 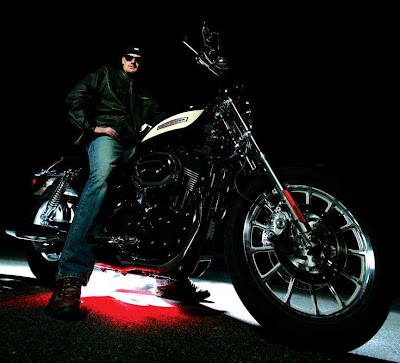 The last time we talked to you was after Leadville 2007--we thought you were going to end up a mountain biker. What happened?

I did a few mountain bike races. I think my heart's in road racing, but I wasn't sure at that point if I'd ever get back to that. Since I decided I was going to come back on the road, I haven't done a lot of mountain bike racing. But Leadville was a lot of fun.

Fun in a hard sort of way, huh?

Well, it was fun when it was over. The end was good.

Outstanding I can do the same amount of miles I did before I broke my hip without any pain at all. I don't really think about it when I'm training. I couldn't be happier.

What about off the bike?

It did take a few months of rehab to get it back. But it's been more than two years since I had it done and at this point it's good as new.

Your teammate Bobby Lea came to a few 'cross races here in PA; he told us you're ready to rip everyone's legs off. You trying to win this thing?

Whatever races we do we're going to try to win. It doesn't necessarily have to be me. We have a couple guys who are sprinters and could go for stage wins.

Okay, that's the nice guy answer. In the back of your mind, are you thinking, "this is my chance to stick it to USADA?"

I don't think that there's any kind of motivation, any vendetta or grudge. I'm racing my bike against guys I respect, who obviously didn't do anything to harm me. I'm for everybody racing fair. In the end someone has to win and if it's us, that's great. I'm not out to prove anything to anybody.

What's your team's plan for the race? Are you focusing on the time trial?

In the past, the Tour of California has always been determined by time trials. This year, there are a few hard mountain stages. We don't have any plan of trying to control the race with our team; we'll let the other teams' tactics dictate our tactics.

How close does this year's course pass by your home?

I'm in Riverside County. In past years, the race has gone only as far south as Long Beach, but this time it goes over a mountain I've been training on for the past 10 years-Mount Palomar. I'm excited about that. Probably whoever has the lead at that point will have to keep the race together.

We haven't heard much about you in the past months. Where have you been?

[Laughs.] Ever since I decided I was going to come back I've been kind of checked out, training at home. I've been getting used to training during the day, sleeping at night, training again. It took a little while to get back in the groove, but now I feel good.

I haven't changed that.

Who's a racer to watch this year?

You recently dropped your lawsuit against USADA. Was that a factor in your team getting invited to the race?

I don't really know if those are connected. I don't know that anything USADA does or anything the Tour of California does are contingent on each other.

What are you most looking forward to about being back?

I'm looking forward to the excitement of being around the races, being part of it. I've watched the Tour de France on TV the past couple years, but there's nothing like being there. Ultimately, I'm a cycling fan. I'm excited that I've got a team going to fight for each other and I'm excited for the fans to be able to watch Lance and me and everyone else. It's great for bicycling.
Posted by Recovox at 9:46 PM