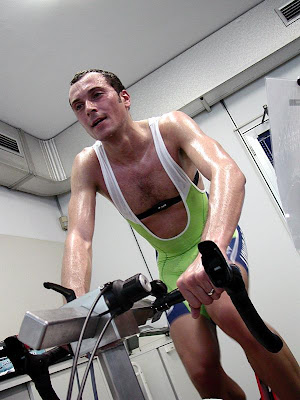 His heart rate at the 10th minute of the constant power test dropped from 204 beats per minute to 188.

Roughly, Ivan is now at two-thirds of his 2008 best condition. The test showed that the fitness level is increasing as expected, despite the cold and snow forced Ivan to perform some training sessions on home trainer or on mountain bike.
Posted by Recovox at 8:36 AM