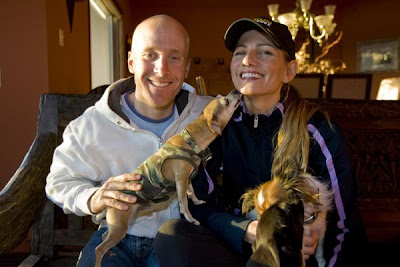 Levi Leipheimer will ride for Team RadioShack in 2010. The Californian revealed today that he has signed a two-year deal with the American squad and will leave Astana after two seasons. While Leipheimer has confirmed his departure, Astana remain tight-lipped over transfers in or out of the team as the team continues to work through its management arrangements for 2010.

Leipheimer will follow his current team manager, Johan Bruyneel, to RadioShack. "The last two years of my career have been the best and that's because of the team Johan [Bruyneel] assembled," said 35-year-old Leipheimer, according to ESPN. "I still have the desire and passion to ride the bike. There's a trend now for riders to go longer and longer. I feel like I'm still getting better."

ESPN reported that Leipheimer's relationship with Lance Armstrong had played a major role in his decision to sign with RadioShack. Armstrong's return from retirement this year re-united the two riders, who rode together on U.S. Postal after eight years. The two have ridden a number of races together this season, with Leipheimer supported by Armstrong in his victories at the Tour of California and the Tour of the Gila.

Leipheimer will follow Armstrong, Jose Luis Rubiera and Sergio Paulinho to RadioShack from Astana. Last month, Armstrong confirmed that team manager Johan Bruyneel will also be part of the new team. However, on Tuesday, Astana would not confirm any further departures from the team due to the uncertainty that surrounds the future of its management.
Posted by Recovox at 10:31 AM