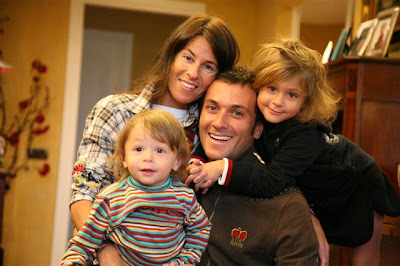 Lately, I've been on vacation with my family and attended the first of many team camps. Our week-long holiday in Zanzibar was beautiful, the first vacation I've taken with a clear head, as previous holidays have all been about getting away from my problems. This one was for the family though, and a chance for us to relax. I dedicated all my time to my wife and children and forgot about any work stuff because this would be the last chance to spend a lot of time with them, as the season will soon be off and running.

The camp has gone well and I am very happy with my teammates - we were able to find a good rhythm. Like many off-season camps, we did a lot of off-the-bike work; plenty of cross-country skiing, hiking and mountain biking in the snow. It was very different from what we will do at the next camp, which will be focused on the bike. This time together allowed us to gather and enjoy time with work, something that helps us get to know each other better this way. Check out the photos, and you can see we had a lot of fun.

Liquigas is a big team and one of the strongest in the world, and we have a budget to do these camps. It's a far cry from how things used to be. When I made my debut with Riso Scotti [1999] there was only one day set aside in December to hand out the team materials - bikes, racing and casual clothing. We would do a proper camp in January and start racing in February. Now, we have 10 days in Bibione and San Pellegrino, we will do a ten-day camp in Spain, and those who go to Argentina for the Tour de San Luis will do another 10 days of camp before the race. 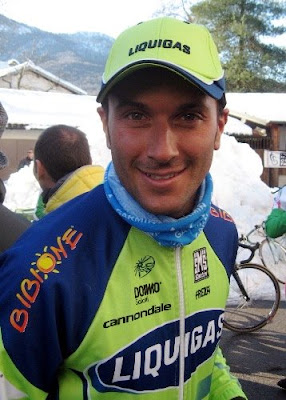 You’ll be interested to read that we had a UCI representative, Mario Zorzoli, who came and talked about the biological passports and whereabouts programme [they are visiting most of the ProTour teams - ed.]. He focused on how to enter the data online, et cetera. For me it was covering old ground, because for the last year I have been doing this. I am already in the whereabouts system and subject to random testing.

- Basso on his return

I have read with interest some of the reactions to my diary. Some people who are still against my return to the sport have to think and take into account the events of Operación Puerto and what happened from June 30 [2006] onwards. They have to consider what happened to me and what happened throughout the investigation. Not only that, but also what happened in the last two years, unrelated to Puerto.

I believe that the people who are following me now appreciate the hard work that it takes to return and to race with complete transparency.

I want the chance to show that what I am doing now – with transparency – will allow me to return back to the top. I don't want a medal for what I am doing, or compliments, but only the possibility to do my work and have a chance. I have to try and show people that I am strong and not racing in the shadows of the past.

I think American fans will be curious to see the new me, and that chance will come with the Tour of California. I like travelling to the USA. I have been to California more than any other place there, and so it makes me happy to be able to return. It is also good for our sponsor [Cannondale bikes, Garmin computers and Speedplay pedals] and it is important for them.

I have raced the Tour of California twice before; it's a great race that rivals anything Europe has to offer.

I'm looking forward to seeing Lance Armstrong in California. I have read that he thinks I'll be the favourite but I believe that he will be the strongest! Lance knows me as a person and as a rival, so, more than anyone, and he knows what I am capable of. However I consider all of my rivals to be equally dangerous and therefore I am aiming to have the best legs possible for the Giro.

He has a personal significance for me because of what he did for me in 2005 when my mother had cancer. His foundation tried to find the right doctors to solve her problems. In Italy there were no longer any possibilities other than waiting for her to die. He helped to prolong her life for a few months. It was very, very special for me. I know what he did for my family, so I can confirm his true desire to fight cancer.

Like Armstrong, I do what I can to raise funds for charities. Right now I am working for the Bianca Garavaglia Association. It is doing research on cancerous tumours in babies, from birth to eight years old. I chose to help Bianca Garavaglia because it is in my home area and a schoolmate of my daughter received help and became better thanks to the association's work.

Definitely being a father of two children made me think about the significance of their work, and certainly if I can give a little, I will. The first thing I did for them was help set up an auction for a Garmin computer that I used in Japan, and the money that I make from that will go for their research. Garmin helped me all throughout last year and this was a special computer they gave me to use in Japan, so I hope it raises a lot of money. [It raised 1,310 euro - ed.]

Last Sunday I rode the Pedalata con i Campioni to help raise further money. Every participant paid to ride along with the professional riders and their money went towards charities. I decided to have my share go to Bianca Garavaglia.