An open letter from Jens Voigt 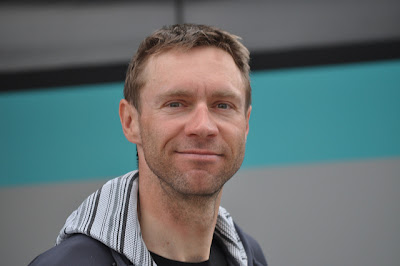 The German veteran puts across his side of the race radio debate.

The ongoing discussion about the radio ban seems to put a lot of different views and opinions out there. That’s why I feel the urge to put things in a perspective from a rider’s point of view.

I am 100 per cent pro the radio, for different reasons. The most important argument in my view is the security, not only for the riders but also for the crowds. Let me give you one or two examples.

Last year in an U23 race in France a spectator ignored all regulations and entered the parcours in the opposite direction of the race. What normally happens is this: the race director puts that news on ‘radio course’, the official communication channel between the race organizer, the UCI and the sports directors. Immediately, all sports directors spread the message amongst their riders over the radio to prevent a potential fatal accident. Now, in that French race there were no radios, which is the case in all U23 races. Try to put yourself into the position of any sports director, that knows there is a car riding towards the bunch. He’s not allowed to drive to his riders and warn them. All he can do is sit and wait. And maybe think about what he can tell the parents of one of his riders if he got hit by the car. Because this is what happened: the car hit a young Dutch rider, who was in a coma for three weeks. Everybody present in that race agreed that the accident could have been prevented if the riders had been wearing radios.

Now, I ask you: did anybody ‘who wants cycling to be more thrilling’ go to the hospital to see this young man and explain to his crying mother why its necessary that we keep on working on a radio ban? I don’t think so.

Another example, coming from my own experience. Two years ago I crashed badly in the Tour, riding in a breakaway. While I was lying there, bleeding, there was a big fuzz going on. Cars, doctors, press, etc. At least half of the road was blocked. Keep in mind that there are still 150 riders coming down that mountain with 80km/h. Luckily, the sports directors were able to warn their riders. Can you imagine that big group of riders flying down the descent, trying to make up time and come back to the group in front of them come around that corner unwarned and see half of the road is blocked with cars?!

Now let me ask you: aren’t these two stories – only these two – not enough to drop the discussion? If I had a fatal crash, who of you, who think the radio ban is a great idea, will go to Berlin and explain to my six children that it was the right decision and daddy was just an unlucky victim in the so important battle for more drama in cycling?

There’s more. Can anybody please explain me how we’re going to attract sponsors if we develop our sport back into the stone age? An anecdote: two years ago Andy Schleck punctured five kilometres before the finish line. Luckily, we had radios and warned Bjarne Riis, who could bring Andy a new wheel in no time. Moreover, the team waited for Andy and we managed to get him back into the peloton, save his white jersey and his second place in the GC. Everybody was happy: Andy, the team, Bjarne and also the sponsor. Now let me tell you the same story, but now without the radio. Andy punctures, only one rider sees it, it’s noisy because of all the spectators, the other team riders move on, Andy raises his arm for the official sign of a puncture, other teams notice that Andy is not there, they start riding faster and faster. Once Andy has a new wheel, there’s only one rider there to bring him back. Andy loses his white jersey and the second place, finishes ninth overall, Bjarne is unhappy and so are our sponsors. In the end the sponsor might even pull back and it’s the end of the team. Thanks to the radio ban. Of course, this is exaggerated, but I just want to get my point across.

Another urban myth is that the breakaway has better chances without the radios – never heard more nonsense than that. I am in the lucky position to talk on both sides, I was often in breakaways and I liked to have the radio, get some support from my team car, some motivating words and get exact info what team is chasing me with how many riders, so I can plan my effort after the action in the peloton. If i won a race in a breakaway it was because I was strong, in good shape, suffered like crazy and worked hard – does anybody think the radio made me go faster?

As far as I know every World Tour team pays about €150,000 per year for the licence. Feel free to make the calculation for 18 teams. One would expect that for that amount of money there would also be an interest in making the teams and riders happy.

To all the ‘fans of yesterday’, the ‘fans of tradition’ – what are you people talking about? Do you really want to go back to the times of Jacques Anquetil? In that time the Tour de France was a tiny little race with riders from France and maybe Belgium and Italy. Maybe 25 journalists where there. Each edition cost more money than it actually generated. Is this what you want? Because that’s how tradition looks to me.

To the journalists that support the radio ban – what are you talking about? How do you even dare to try to influence our working conditions? Do we riders give you tips of how you should work? Do we push for a ban on cell phones or laptops for you? Do we want to make your lives ‘more interesting and spontaneous’?

Finally, to the race organizers that agree to ban the radios – what are you talking about? Do I tell you to not use your mobile phone during the stage? No, I don’t. So what gives you the right to ask me to drop my communication? But if you are interested in more dramatic cycling, I’ve got some ideas: drop the silly, long stages, don’t let us suffer three or four days in the high mountains and don’t give us a week of boring, super long, flat stages. Why not consider some circuit stages: the fans will see us more often, it’s easier and cheaper for the tv crews and it’s safe to ride without radios.

Why don’t we agree on opening the communication available for everyone, like in Formula 1? That will attract people and the sport would prove to be modern and global. Everybody who is in the cycling world – fans, organizers, sponsors, riders, UCI and media – will agree that we face some more serious problems in the moment. So, let’s talk and find a way out of this homemade problem.