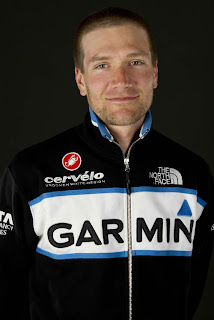 Set my alarm for 4am and got in the taxi at 4:30. We’re heading over to David Millar’s house. We’re traveling together for the infamous Criterium International a three stage event typically held in France and this year hosted by the tiny French island of Corsica. We were off to the small Perpignan airport north of the French city of Perpignan about 100 kilometers from Girona. The driver didn’t quite take the right exit to the airport and we were getting close to missing our check-in time. That’s the type of thing that always goes over well with the team management. But after a few tricky maneuvers we made it through and forked over 165 Euro’s for that piece of questionable taxi service. First stop is Paris then onto the island of Corsica. When we land I thought, ‘wow, we’re only here for two days…48 hours’.

Early into my arrival I tell teammate Andrew Talansky (‘Silver Bells’) that he will be Nick Nolte and I will be the wise-cracking Eddie Murphy, then I let out one of those signature Eddie Murphy laughs to confirm that I’m not fooling around. I’m confident the kid can pull off Nolte and there’s little doubt about my Eddie Murphy. I tweeted that we were play acting the 1982 classic, 48 Hours, and someone told me to sing Sting’s ‘Roxanne‘ from the prison scene. Now I thought that was a great idea so I borrowed some headphones and had Silver Bells hold the camera. It was only 30 seconds of video but it took two days to get it loaded up on the internet from my phone. It could have been the quality of my impersonation but I really don’t think the phone power was strong on the island.


Stage 1 was a 200 km road race and it was quite hilly. When it was all done people said we climbed over 13,000 feet. The whole day was up and down. There was a lot of attacking coming from Jens Voigt who was on a mission to have a hard day and attempt to capture his 6th Criterium Int’l win. Jens was in all the breaks except the decisive one. I saw him pull over to the side of the road to go talk to the team car, I suppose. We were sans radios, so he must’ve been asking them if he should attack because that’s exactly what happened next. He bridged up to the break that was 4 or 5 minutes up the road. He’s a true battler and he didn’t make it to the finish line in good shape. On the last climb I was in the front group and there was only about 10 km to go and my body gave out on me, really felt like I was having a heart attack and I had to stop pedaling to make it stop. I caught up to Wiggo who was also having a bad day, and he was going pretty easy but I got dropped from his wheel too. Finally made it up to the finish and over to the camper. It was freezing. I put a leg warmer on my head to stay warm and started holding onto Silver Bells for some warmth.

This race always coincides with a time change and a two stage day that was next. We woke up at 6am for breakfast but it was really 5am. Ahhh! The stage started at 9am and it was sunny but cold. Stage 2 was only 75km but it took us two hours to finish. Our team was controlling the race because we had one of the only sprinters left in the race that made the time cut the day before. Jens rode up to me and said wouldn’t it be nice if no one attacked and it was nice and calm to the finish. I said, ‘that would be nice, Jens, but there are people like you who get all crazy.’ He said, ‘yeah, crazy like believing in themselves and that anything is possible!’ It was classic Jens. Like myself, the man loves the movies, video games and his kids, and he still has the attitude that super powers are possible. Our sprinter Murilo Fischer showed some power this day and took second for the stage.

The same afternoon was Stage 3, short but intense 7 km TT. Silver Bells and I took a big long nap. We woke up in character,traded some verbal jabs and got some coffee and drove the course. It looked like a good one and I was excited. I gave it a go and ended up 4th on the day, beating Silver Bells by one second. I told him with all the earnestness of my Eddie Murphy character that I double flatted and had a bike change. I’m certain he believed me for awhile.

I hear the tour will start in Corsica in 2013. It’s going to be a good one if they use the hills we went over. I look forward to coming back for it.
Posted by Recovox at 6:32 PM