Basso - “I’m not afraid of Contador or Schleck” 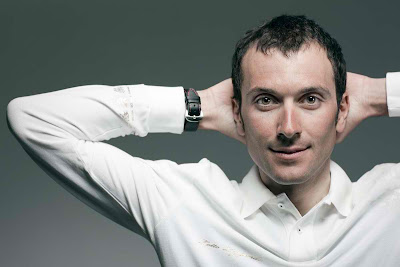 Ivan bassoIvan Basso (Liquigas-Cannondale) has started 2011 in an entirely different way to 2010. Last season he barely registered a result before arriving at the Giro d’Italia, which he won; this year he has already won a race and is poised to finish on the podium of Tirreno-Adriatico. He currently sits third in the standings, just 12 seconds behind race leader Cadel Evans (BMC Racing) with just the final 9.3km time trial to come.

The difference for Basso this season is his demeanour, as he told Italian newspaper La Repubblica.

“I needed to win and I was stressed out for an entire season,” he said, “but after the victory in the Giro I spent a quiet winter and now I feel very good.

"Well, basically I've only done two races,” Basso explained, “I raced in Argentina just to train, I won in [the GP] Lugano, a one-day race, and this is the first stage race that I’ve done with any effort. Moreover, when you’re a leader you have a duty not to disappoint the fans; at 33, and with my experience, you can’t come to the races and do not play the role of protagonist."

Having won his second Giro, Basso is leaving his home tour to teammate Vincenzo Nibali, and will instead try to win his first Tour de France.

“It 's not the goal of the season but of my career,” he explained, “I’m working mainly for that. First I’m doing a couple of classics like La Flèche [Wallonne] and Liège[-Bastogne-Liège], but the goal remains that.

"But it is the most important race in the world and I feel like I’m very close."

In terms of his opponents, Basso feels that he has no one to fear; as someone who has served a suspension for doping himself, he doesn’t want to comment on the specifics of the case of 2010 winner Alberto Contador.

“Alberto is a friend,” he said. “Personally I have always had a good relationship with him. I won’t go into the details of his story, but I think the best Basso should not be afraid of anyone; neither of Contador, or Andy Schleck, neither [Samuel] Sanchez nor any for them. My goal is to get there in the best condition."

On the subject of his age, Basso is a little defensive, and he will by no means be the oldest pretender to the yellow jersey this July. He maintains that his enthusiasm for the sport, that he has held since his return from suspension, is more important.

“I do not feel old at 33, if that's what you mean,” he said in reply to a direct question on the subject. “If I don’t win I can try again. And if I win for me is the same. When you come across routes that are not suited to your characteristics such as the steep hills of le Marche and discover that you still have the desire to suffer at the front with the best, it means you are still intact and undamaged; at least in my head.

“Honestly: I still wanted to race and train as like kid, this counts in cycling, not your age."

Aside from himself, Basso sees the immediate future bright for his countrymen, with young Italians ready to move to the top in virtually every side of the sport.

"Italian cycling is good and should do very well,” he said. “We have youngsters like Oss for the classics, sprinters like Viviani. For stage races, it takes time, because before emerging at certain levels you must develop slowly and build strength and quality brick by brick. But I shouldn’t be pessimistic, Italian cycling has nothing to envy other nations for."
Posted by Recovox at 9:28 PM

Need To Increase Your ClickBank Commissions And Traffic?