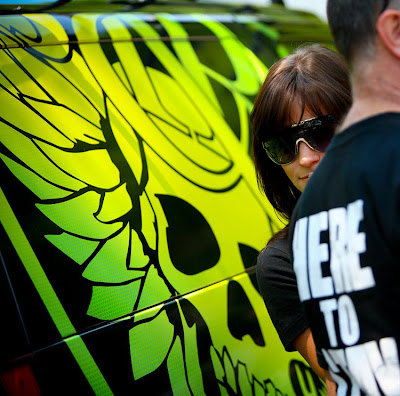 Rock Racing bolstered its ranks for 2009 with the signings of European specialists Baden Cooke, Francisco Mancebo and José Enrique Gutiérrez, as well as top domestic talents Ivan Dominquez, Glen Chadwick and Chris Baldwin. Columbian Santiago Botero will not return for 2009, racing closer to home since the birth of his daughter.

“We have assembled a world class team and acquired a mix of tremendous talent and experience,” said Ball. “We have the strength, depth and tenacity to compete in any race around the globe.”

Rock Racing’s line-up for its third season includes riders from eight different countries who have won stages at all three of cycling’s Grand Tours – the Tour de France, the Giro d’Italia and the Vuelta a España – as well as multiple national championships.

“Last year was a year of redemption,” Ball said. “Given the opportunity to ride, we proved we were able to win. In 2009, we will continue our winning tradition, and from a branding and fan perspective, be the No. 1 team in the world.”

In 2008, Rock Racing scored 45 victories and 106 podium finishes. Every month brought a new highlight for Rock Racing fans: Santiago Botero won the Redlands Bicycle Classic in April and led a 1-2-3-4 finish in the prologue of the Vuelta a Colombia in May; Sevilla won the second leg of the Triple Crown of Cycling in June at the Reading Classic; Hamilton captured the Tour of Qinghai Lake in July; Bahati (criterium), Williams (Under 23 criterium) and Hamilton (road race) each won national titles in August. In the final two months of the season, the team came away with five medals at the 2008 USA Cycling Elite Track National Championships and Sevilla became the first non-Colombian in 48 years to win the RCN Classic.

Among those not returning to Rock Racing for 2009 is Botero, who represented Colombia at the 2008 Summer Olympic Games in Beijing. The 2002 world time trial champion decided to race closer to home following the birth of his daughter earlier this year.