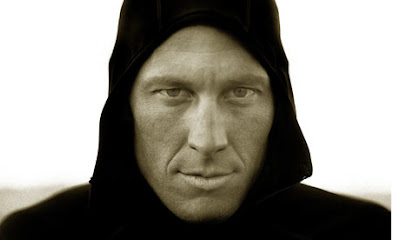 The American believes he could be targeted by French fans angry that doping allegations surrounding him have helped to destroy the credibility of cycling's most famous race.

In an interview with The Guardian newspaper, the seven-time Tour winner said: "I don't want to enter an unsafe situation but you see this stuff coming out of France. There are some aggressive, angry emotions. If you believe what you read, my personal safety could be in jeopardy. Cycling is a sport of the open road and spectators are lining that road. I try to believe that people, even if they don't like me, will let the race unfold."

Asked if that meant he feared an attack on next year's tour, Armstrong said: "Yeah. There are directors of French teams who have encouraged people to take to the streets ... elbow to elbow. It's very emotional and tense."

After undergoing surgery for testicular cancer, Armstrong went on to win seven Tour titles between 1999 and 2005. But his extraordinary achievement was tainted by unsubstantiated claims that it was done with the help of performance enhancing drugs.

French sports daily L'Equipe reported in 2005 that six samples of Armstrong's urine from the 1999 tour had revealed traces of the blood-boosting drug EPO following retrospective testing. An investigation ordered by the International Cycling Union (UCI) concluded that the testing of the samples had not been conducted correctly and the results could not be regarded as reliable evidence.

The level of scrutiny I've had throughout my career from the press and the anti-doping authorities is unmatched. I've got nothing to hide
Armstrong told the Guardian he had declined an offer from France's anti-doping agency to have the samples formally re-tested because he could not be sure they had not been contaminated. The Texan went on to insist that all seven of his titles were the result of hard work rather than doping.

He said: "I understand people in France and in cycling might have that perception but the reality is that there's nothing there. The level of scrutiny I've had throughout my career from the press and the anti-doping authorities is unmatched. I'm not afraid of anything. I've got nothing to hide."

Armstrong also claimed to be fitter now, at the age of 37, than he was in the early stages of the build-up to any of his successful tours. "And mentally there is no comparison," he added. "I'm far stronger and more motivated. The motivation of 2008 feels like the motivation of 1999. I was back from cancer then. I had the motivation of vengeance because nobody wanted me or believed in me."

Despite that bullish assessment, Armstrong admitted to having "anxiety and insecurity about being 37". He said: “Let's not forget I'm the oldest tour winner in modern cycling history and that was four years ago. But that nervousness makes me work even harder. We're doing a training camp in December in Tenerife and another in California with big climbs. Normally I wouldn't smell a mountain until February so I'm starting early."
Posted by Recovox at 9:52 AM