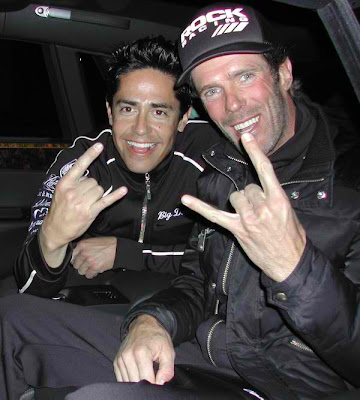 The Rock Racing professional team may have folded in dramatic style early in 2010 but the brand is set to return to the peloton after the creation of a joint-venture with an Italian fashion company.

Italian businessman Roberto Tronconi is set to relaunch the brand in Europe after long negotiations with Rock Racing founder Michael Ball. He was forced to sell his clothing brand Rock & Republic to avoid bankruptcy but kept control of the Rock Racing brand.

The team hit the headlines in 2008 when Santiago Botero, Tyler Hamilton and Oscar Sevilla were not allowed to start the Amgen Tour of California because the races' policy against riders caught for using performance enhancing drugs. Mario Cipollini joined the team that spring and rode in California but fell out with Ball after he backed out of plans to create a European-based Rock Racing team.

Rock Racing bikes and clothing will soon go on sale in Europe and the USA and Tronconi hopes to sponsor regional teams in California and New York, and an amateur team in Italy.

“Michael Ball is not dead and has not run away to Mexico,” Tronconi told us.

“I know he angered a lot of people during his time in the sport but I also think he was a visionary who was perhaps ahead of his time. Unfortunately his team faltered but we’re very excited about the brand living on as a joint-venture between my fashion company and Michael Ball.

“I’ve spoken to Michael on a regular basis and I’ve been to the US to meet him. He has helped us reproduce the amazing clothing designs that were created for the team. He’s given us two special machines for the printing and we’re going produce the same high quality clothing and distribute it around the world. We’re close to the heart of the Italian bike industry and will also produce high-quality carbon fibre frames and components.

"Unfortunately we can’t get a stand at the Eurobike show but we hope to be at La Vegas for the Interbike show.”

“Some people think we’re a clone of the old Rock Racing but we’re the real deal,” Tronconi told us.

“We want to do things right but we’re convinced there is still a lot of interest for the Rock Racing brand. We’re here to stay.”
Posted by Recovox at 5:16 PM