Armstrong’s business stronger than ever 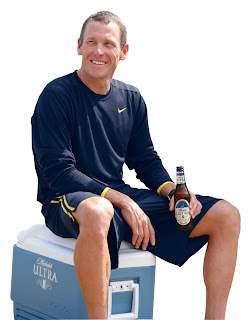 As the federal investigation continues and more of his teammates speak out against him, the speculation is that Lance Armstrong’s golden name is getting smeared by the day and that his strong business empire is slowly crumbling.

Armstrong’s business portfolio is stronger than ever. Instead of small endorsement deals with the likes Coca-Cola and Subaru, which he had in his cycling days, the endorsements he has today are even more lucrative.

That’s because Armstrong has lent his name to smaller companies, like Honey Stinger and FRS, for an equity stake, instead of a one-time fee. And his Nike Livestrong line has grown from 80 million rubber bracelets sold to a significant business of apparel and shoes that is expected to hit $75 million this year.

“Our relationship with Lance remains as strong as ever,” said Nike spokesman Derek Kent. “We are proud to work with him and support his foundation. Nike does not condone the use of banned substances and Lance has been unwavering on that position as well.”

Meanwhile, donations to the Lance Armstrong Foundation continue to come in.

Since the foundation was created, donations have increased. In 2002, the LAF passed $6 million in donations, annual funding surpassed the $20 million mark, the $30 million mark in 2008, the $40 million mark in 2009 and is on target to blow by the $50 million mark this year. This occurred as donors to the American Cancer Society has plummeted in recent years along with the challenging economy.

Whether that will change now, short of the finding of that alleged positive test from 2001 or an indictment against Armstrong, is anyone’s guess. On Monday, former international cycling chief Hein Verbruggen told the AP that there was never any cover-up to save Armstrong. As of now, Armstrong’s business thus far has been as bulletproof as his adamant responses that he never took performance enhancing drugs.

On another tangent, it seems that because of what Armstrong has done for cancer, some people don’t care about whether he used performance-enhancing drugs and certainly aren’t happy about the government spending time on an investigation. In a Twitter poll I took on Sunday night, 85.2 percent of the 459 people who voted said that it was not important for the government to find out if Armstrong cheated, 7.8 percent said it was very important, while 7 percent said it was somewhat important.

What’s interesting about the government’s involvement is that it concerns them because Armstrong’s teams were funded by the U.S. Postal Service. The USPS paid $31.9 million to fund the team from 2001-2004. At issue, is whether the government was defrauded by paying for the sponsorship as the cyclists used performance enhancing drugs.

Fraud or not, what’s funny is the fact that the United States Postal Service hired two firms that showed that the sponsor received $103.6 million in domestic exposure from the sponsorship. That seems like pretty effective marketing to me. Plus, it seems a little bit misguided when you consider that the U.S. Postal Service is on track to lose $7 billion this year. That’s down from the $8.5 billion they lost last year.
Posted by Recovox at 2:07 PM