'20+ year career. 500 drug controls worldwide, in and out of competition. Never a failed test. I rest my case.' 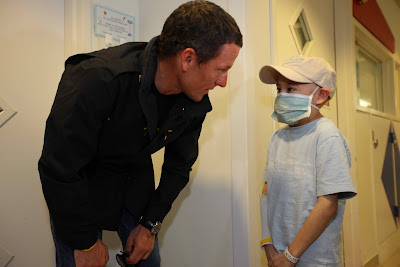 Hamilton has accused seven-time Tour de France winner Armstrong of doping while insisting the majority of his fellow riders did likewise.

His accusations, aired on CBS programme '60 Minutes', come a year after Floyd Landis, another former Armstrong team-mate, made similar allegations of drug use by Armstrong and the team.

In response, Armstrong tweeted: '20+ year career. 500 drug controls worldwide, in and out of competition. Never a failed test. I rest my case.'

Hamilton won a gold medal at the 2004 Athens Games but later failed a drug test.

However, he was allowed to keep his medal because problems at a laboratory meant his 'B' sample could not be tested.

Months later, he was caught blood doping and served a two-year ban which ended in 2007.

Hamilton returned to racing and won the 2008 US road championship, but he retired last spring after admitting he took an antidepressant that contained the banned steroid DHEA. He was officially banned from cycling for eight years.

His accusations come after he testified before the Los Angeles grand jury investigating Armstrong.

Armstrong's spokesman Mark Fabiani released a statement that read: 'Hamilton is actively seeking to make money by writing a book, and now he has completely changed the story he has always told before so that he could get himself on '60 Minutes' and increase his chances with publishers.

'But greed and a hunger for publicity cannot change the facts: Lance Armstrong is the most tested athlete in the history of sports. He has passed nearly 500 tests over 20 years of competition.'
Posted by Recovox at 11:53 PM