Comeback 2.0: Up Close and Personal 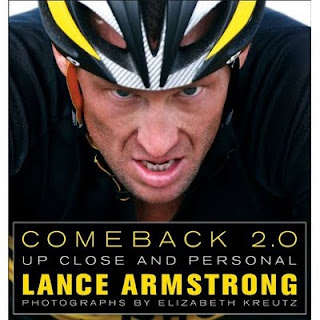 After three years in retirement following his record-setting 7th Tour de France win -- which he accomplished after successfully battling the testicular cancer that almost killed him -- Lance Armstrong announced to the world on September 24, 2008 at the Clinton Global Initiative in New York City, that he would return to professional cycling to help promote a Global Cancer Campaign. Comeback 2.0: Up Close and Personal is Lance Armstrong's first-person photo-journal of his 2009 comeback season with the goal to take the LIVESTRONG message around the world. Heavily illustrated with color photos and text, Lance will take readers on a thrilling ride through his dramatic comeback year.

Comeback 2.0 includes an introduction by Lance that frames his decision to return to competitive cycling followed by journal-like entries written through the course of his comeback season beginning with the Tour Down Under, followed by the Tour of California, his spectacular crash in the first stage of the Vuelta a Castilla y Leon race in Spain that resulted in a broken collar bone, the Giro d'Italia, culminating in the Tour de France. The journal entries will accompany spectacular four-color photos, that offer breathtaking views of the race stages as well as intimate, behind-the-scenes shots. Renowned sports photographer and photojournalist Elizabeth Kreutz has been granted unparalleled access to Lance's day-to-day world in this, his most triumphant season. 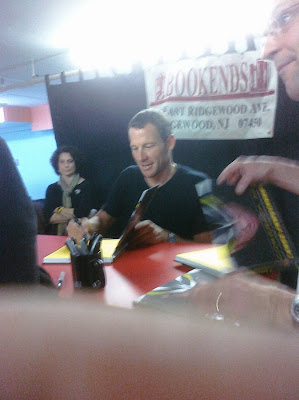 Lance Armstrong made a recent stop in the New York City area to sign copies of his book.
Posted by Recovox at 9:50 PM