Mark Cavendish and his Columbia crew hit the roads of Lanzarote 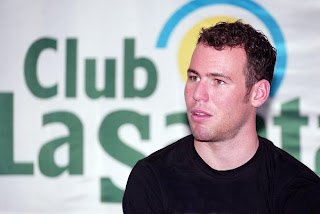 Columbia-HTC have launched their pre-season with a training camp on the Spanish Island of Lanzarote. The easternmost of the seven Canary Islands, the team this week made use of the mostly traffic-free roads to set a base for the season ahead.

"It's really great to have all of the guys together for the first time," said Sports Director Rolf Aldag on the team's website. "We have eleven new riders on the roster and it's a good chance for them all to get to know each other and for the new guys to learn how we do things on this team. All of our individual meetings are going well and I have a really good feeling about 2010.

Apart from training, the Columbia riders are also taking the opportunity to get set up and fitted with their new clothing and equipment for next year.

The ten-day training camp will run until next week and gives the riders the chance to escape the winter chill that has started to shift its way across Europe. "The Island is perfect for training at any time of year," said Aldag. We can train in short sleeves and we have the support of Club La Santa and the local government here so we feel very welcome."
Posted by Recovox at 10:45 AM