Basso extends with Liquigas through 2012 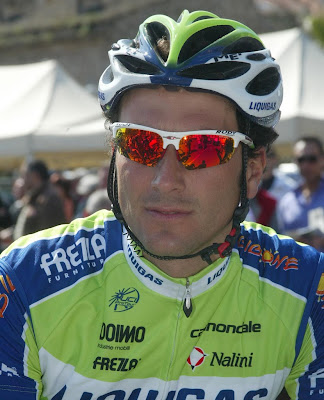 Ivan Basso has extended his contract with Team Liquigas for another two years, after allegedly getting an offer from his former Team Saxo Bank.

According to the Gazzetta dello Sport, Basso has extended with Liquigas through 2012, with an option for a third year. The Italian team signed him after he returned from his two-year suspension.

Basso had received an offer from Saxo Bank manager Bjarne Riis, the Italian newspaper said, although Riis had said he doubted Basso would ever ride for the team again. However, the team had to withdraw its offer due to a lack of sponsors and the subsequent financial difficulties.
Posted by Recovox at 12:11 PM