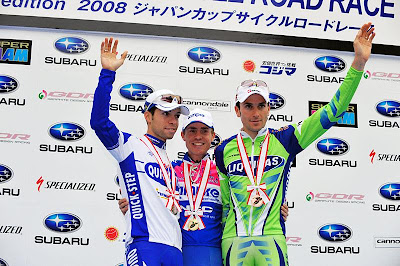 Lampre’s Damiano Cunego won the Japan Cup on Sunday, edging out Giovanni Visconti (Quick Step) and Liquigas’s Ivan Basso who was competing in his first race since being swept up in the Operaćion Puerto doping scandal.

The 30-year-old, now riding for the Liquigas team, finished behind compatriots Damiano Cunego — winner of the Tour of Lombardy — and former national champion Giovanni Visconti in the 151 kilometers Japan Cup.

"Third place in principle is not usually satisfying, but this is different after nearly two years away," said Basso, whose acceleration forced a split in the peloton on the hardest section 2km from the finish, where he only lost out on a sprint.

"On the hilly sections I showed I was at the same level as the winner of the Tour of Lombardy (Cunego). Now, I can look
forward with confidence to next season." 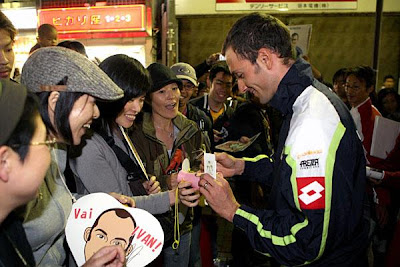 Basso's last race was on March 30, 2007 at the Tour of Castille and Leon in Spain. Subsequently, suspicions of his involvement in the Puerto doping affair in Spain led to him being sanctioned for nearly two years.

Basso, who dominated his rivals to triumph in the 2006 Giro d'Italia, did not test positive for banned substances. It was only after months of pressure and speculation that he finally admitted to having links to the affair.

After resuming his career in Japan Basso would like to race next year's Giro d’Italia, where he is likely to bump into former rival, Lance Armstrong, who is returning to the sport after a three-year hiatus. 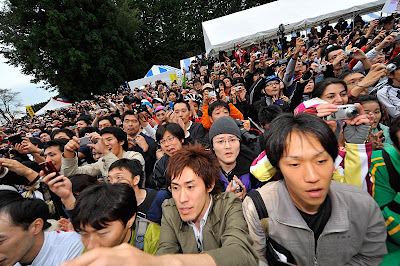 "He will be the logical favorite for the Giro," Basso said earlier this month. Basso has promised to kick-start his season in 2009 in South America, at the Tour de San Luis, in Argentina, before heading to the Tour of California in February then the Tirreno-Adriatico in March.

The Giro will then be his first big test.
Posted by Recovox at 3:01 PM