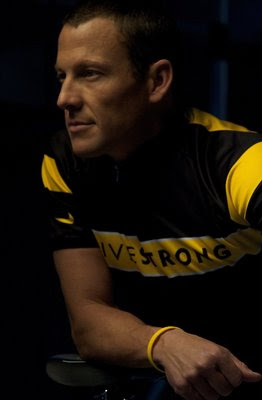 The 25th annual event will include a 16-mile individual time trial Saturday (Nov.1) along the Guadalupe River. On Sunday, Armstrong and John Korioth, one of the founders of the Lance Armstrong Foundation, will compete in the 27.3-mile team time trial.

Gruene (pronounced GREEN) is located 25 miles north of San Antonio, Texas, and is designated as a historic town. Here’s the description of the race and weekend activities scheduled during its silver anniversary.

“Oompah bands, lederhosen, and abundant Bavarian food and drink. The history, charm, and ambiance of the little town of Gruene, a beautiful bicycle ride along the banks of the sparkling Guadalupe River, antique and classic bicycles, and Gruene Hall - where Texas style boot-scootin’ has polished its wood floors for more than a hundred years. Yep, we’re brewin’ up quite a ride for our 25th Anniversary. Come on down for a great time and lots of GEMUTLICHEIT - good fellowship in the German manner.”

Armstrong registered for the event online last Friday, according to Karen Rotzler, a race organizer and as reported in several Texas daily newspapers and web sites.

For the $30 registration fee, Armstrong will receive a race T-shirt and ticket to the event’s celebration, New Braunfels’ Wurstfest.

Since his recently announced comeback, Armstrong’s pending race itinerary, including his unknown status at next year's Tour de France, has been the topic of myriad articles, internet forums and blogs.

Armstrong’s expected first comeback road race wasn’t scheduled to occur until next Jan. 20 during the five-day Tour Down Under, the initial major event on the international professional circuit. The race beginning in Adelaide will still be Armstrong's first UCI-sanctioned event.

Armstrong previously raced in the Tour de Gruene in 1996, three weeks after he was diagnosed with testicular cancer. His teammate was five-time Tour de France winner Eddy Merckx.
Posted by Recovox at 9:13 PM