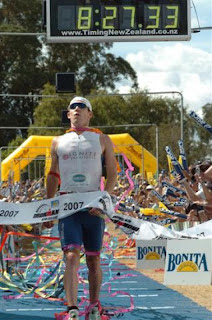 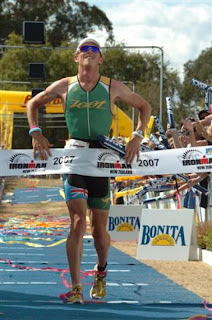 New Zealand’s own Cameron Brown might have won a record sixth Bonita Ironman New Zealand title here today, but it took a mano-o-mano duel with Australia’s Luke Bell for the 34-year-old to claim that title.

While Brown found himself fighting to the finish, fellow Kiwi Joanna Lawn surged ahead on the bike and never looked back in winning the women’s race for a record fifth time, holding off a determined Heather Gollnick during the marathon run to come home just off her own course record.

Brown faced possibly the most competitive field he has seen here in Taupo, with Torbjorn Sindballe from Denmark, the reigning ITU World Long Course Champion, leading the way off the bike after breaking away from Brown and Bell over the second half of the bike.

Sindballe entered T2 with a 6:30 lead over Bell and 8 minute margin on Brown. After making up 30 seconds on Bell through the transition, Brown managed to catch up to the Australian through the early kilometers of the run. Running shoulder to shoulder, the Kiwi and the Aussie steadily gained time on the Dane. Sindballe’s lead was down to about two minutes at the 30 km point of the race, and by 35 km Brown and Bell surged past to the tiring Sindballe. As Bell and Brown continued to run shoulder to shoulder towards the line, race organizers began to prepare for a photo-finish.

Despite the fact that he had come down with a flu bug on Wednesday, though, Brown found enough energy to pull away from the man who finished one spot ahead of him in Kona last year. With just four km to go Brown finally opened up some space and steadily pulled away, crossing the line 68 seconds ahead of the tenacious Australian.

Sindballe faded dramatically over the closing part of the marathon, but would still finish third.