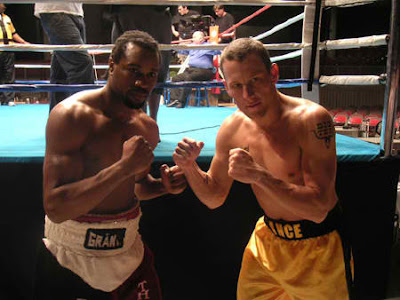 The F.B.I. has requested surveillance video from a Colorado restaurant to glean more information about a recent confrontation there between Lance Armstrong and his former teammate Tyler Hamilton, according to a restaurant co-owner.

Jodi Larner, a co-owner of the French restaurant Cache Cache in Aspen, said in a telephone interview Tuesday that she spoke to an F.B.I. agent in the morning and that he told her she would be subpoenaed for the surveillance tape.

Federal authorities, who for a year have been investigating Armstrong on suspicion of crimes relating to doping, are looking into whether the encounter between Hamilton and Armstrong on Saturday night constitutes witness tampering, said a person briefed on the matter. That person spoke on condition of anonymity because he did not want to jeopardize his access to delicate information.

A federal investigator working on the case declined to comment.

Hamilton, one of Armstrong’s teammates on the now-defunct United States Postal Service squad, is one of the witnesses in the case against Armstrong. Last year, he testified against Armstrong to a federal grand jury in Los Angeles. In an interview last month with the CBS program “60 Minutes,” he also described a secretive systematic doping scheme by the Postal Service team.

Armstrong, who has a house in Aspen, eats at Cache Cache about three times a week, Larner said. Hamilton, in Aspen as part of an event sponsored by Outside magazine, was dining on the restaurant’s patio Saturday night.

Larner, a friend of Armstrong’s, said the videotape would have images only from the kitchen area of her restaurant, so she doubted that it would help the F.B.I., she said, because the confrontation occurred in the bar area.

“I wish I had the incident on tape, so the whole world could see what happened between Tyler and Lance and shut up about it already,” she said. “It was a non-event.”

Hamilton, a 2004 Olympic gold medalist, was on his way to see a friend at the bar when he and Armstrong came face to face, said Chris Manderson, Hamilton’s lawyer. Armstrong threw out his arm to block Hamilton and began berating him, Manderson said.

“Would you feel threatened if someone said to you, ‘We’re going to destroy you on the witness stand and we’re going to make your life a living hell?’ ” Manderson said. “Not a lot of shades of gray there.”

Larner said Armstrong and his girlfriend, Anna Hansen, were having tequila drinks at the bar with Larner and two other friends when Hamilton walked by the bar at about 10 p.m. Armstrong stopped him and said, “ ‘Hey, dude,’ in a very sarcastic tone,” and Hamilton, looking shaken, tried to hug Armstrong, Larner said.

Larner said that she did not hear the rest of the conversation, but that Armstrong never left his barstool while he and Hamilton spoke.

Tony DiLucia, a patron and local real estate broker who was standing next to Armstrong and Hamilton, also said he could not hear the conversation. He said, though, that he could tell by body language that the exchange was not combative.

“It looked like two guys having an intense conversation, but Lance never stood up and Hamilton just stood there,” said DiLucia, who is friends with Larner. “In my honest estimation, I never saw any aggressive stuff happen at all. If things were heated, you’d figure Lance would at least get up.”

After the confrontation, DiLucia was invited to sit down with Armstrong to have drinks with him. Hamilton went back to his patio table and had coffee and dessert.

Larner said she told Hamilton later Saturday night that he was not welcome back at her restaurant because the group he was with did not tip its server.

The next day, she said, she returned to work to find threatening voice mails on the restaurant’s answering machine because she had stood up for Armstrong on Saturday night. She said she planned to contact the local sheriff about them.

Mark Fabiani, a spokesman for Armstrong, said he and Armstrong had nothing to add to the bystanders’ accounts of the incident.
Posted by Recovox at 10:04 AM