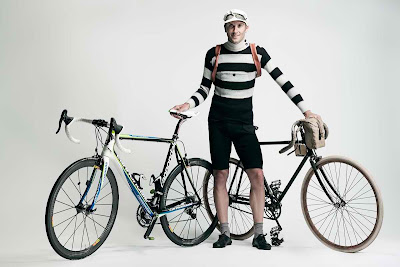 Ivan Basso (Liquigas-Cannondale) has insisted that his condition is improving after his poor showing at the Critérium du Dauphiné and he is confident that he will be ready for the opening mountain stages of the Tour de France.

The Italian could only muster 26th place overall at the Dauphiné, and appeared to struggle both in the mountains and against the clock. He acknowledged that his training crash on the slopes of Mount Etna on May 17 had compromised his build-up to the race.

“With the scant preparation that I had as a result of the fall on Etna, I couldn’t go any better,” Basso told Gazzetta dello Sport. “Above all, I was missing something when I went into the red.

“An example: one day at the Dauphiné, I was on Boasson Hagen’s wheel for quarter of an hour above threshold and I was doing 430 watts. I’ve just done a test and I’m doing 440 watts at threshold. It means that my condition is improving. An excellent sign. I’ll be at my best by the ninth stage, with the first tough climbs.”

Basso is currently at a training camp with his Liquigas-Cannondale team in the Dolomites at the Passo San Pellegrino, where he has alternated blocks of two or three days of hard training with a day of recovery and resisted the temptation to over-compensate for the work his missed out on in late May.

“[Liquigas trainer] Paolo Slongo has marked me tightly because he was afraid I’d do too much,” Basso explained. “I’ve done a lot of quality work and I felt the improvement straight away.

“After the Dauphiné I was dead tired, and I allowed myself two days’ rest. Then I went to the Mapei centre to do a haemoglobin volume test, which was useful to take account of the situation.”

Noted as an assiduous trainer ever since Bjarne Riis oversaw his preparation at CSC before Operacion Puerto interrupted their relationship, Basso pays special attention to his diet in the final weeks before the Tour.

“For two months before a big race, I stop drinking coffee,” he said. “Especially in summer, it leads to dehydration.”

Contador a step ahead

When Basso first announced his intentions to skip the Giro d’Italia and focus on the Tour in 2011, it appeared as though Alberto Contador would not be on the start line due to his positive test for Clenbuterol at last year’s race. However, Basso was adamant that the potential absence of the favourite had not influenced his decision.

Contador’s Court of Arbitration for Sport hearing has been delayed until August, and the Spaniard is free to compete at the Tour.

“I didn’t pick the Tour because Alberto wasn’t going to be there, and now I’m not anxious about his presence,” Basso said. “The programme was based around three principles: my requirements, those of Nibali and, above all, those of Liquigas.”

Basso also freely acknowledged that Contador is a step ahead of him and the rest of the peloton, labelling him as a class apart.

“What does Alberto have over me? Simple, he’s a fuoriclasse, and I’m not,” Basso said. “He is among the chosen few of cycling of all-time and of world sport. I’m a good – or an excellent – rider.”

Basso ranked Andy Schleck and Cadel Evans on a par, a step below Contador, with Robert Gesink and Samuel Sanchez next in line. The Italian will himself be hoping to infiltrate those ranks this July. Flanking Basso in France will be a squad with plenty of firepower on the flat, and Liquigas were due to put in a stint of team time trial training on Thursday. However, Basso acknowledged that he may find himself a little shorter of support in the highest mountains.

“In terms of pure climbers, there will be only [Sylvester] Szmyd there to help me,” Basso said. “Then it will be up to me.”
Posted by Recovox at 7:38 AM