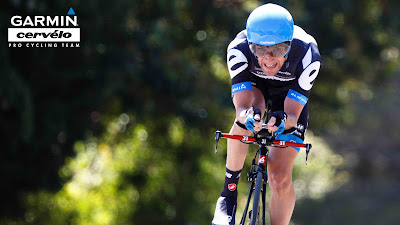 After Nationals I flew straight out to Barcelona. I was traveling with the tools of my profession. I had 4 bikes with me. Moving those through an airport is no easy task even with the best of the luggage carts. I really wanted to blend in while passing through Customs. I thought it best to be with a big crowd and not to be isolated on a short line with all my gear. It took some tricky maneuvering with 4 bikes in tow, but, remarkably, I made it through without being stopped. I wasn’t breaking any laws, it’s just a pain in the chamois to get stopped and questioned. With that much stuff I thought I might be just the candidate for the endless amusement of the Custom’s control officers.

Right outside of the airport doors the faithful taxi driver was there to help me. He happily drove me to Girona. Walking into my apartment here gave me a surprising feeling of being home, which I guess means that after 11 years I’m finally getting used to it here. Funny how we adapt, sometimes quickly and sometimes slowly.

I ran into Jacky Bobby (Jack Bobridge) my Garmin teammate. I like this kid and he’s a true talent. We spent some time together in Switzerland at the Tour of Romandie and through some fortunate set of circumstances we ended up rooming together. During our down time our conversations eventually led to lifestyle and diet. I’m not a preacher so I tread easy when folks ask me about my diet (or my opinion of theirs) and that was certainly the case when Jacky and I spoke. But the kid is not only a talented cyclist he’s also a smart listener. After Romandie Jacky did some of his own research, drastically changed his diet and says he is really feeling quite good (which he wasn’t always before). He has cut out dairy and red meat from his diet. I must say I too felt pretty good (about the fact that he was feeling better) and for having this kind of positive influence on him. Maybe I am a preacher.

But I’m going solo at the moment and mostly preaching to myself. You should hear that rap. The apartment has been pretty lonely with the family not coming over for another week. I told myself I needed some hobbies. I debated that a bit with myself and I reminded myself of all the video gaming I’ve done. But I don’t really game much any more. I reminded myself how much I enjoyed TV. But I don’t find much satisfaction with what’s on television any more. So I started reading this book on the Ipad about Area 51, and so far that’s been pretty interesting. When I get through it I’ll let you know the title and whether or not I recommend the book.

Still fighting a little jet lag, but on my way to the Dauphine tomorrow so that should help me to get back into a routine. I’m pretty excited to go to the race. After the drama of the California Tour and then the National’s, it’s really no fun to be sitting around alone with not much to do but some light training and ‘light’ reading. Although I think it just snowed where I’m going to race and something tells me they don’t give a shit.