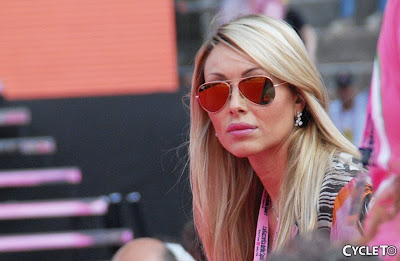 Elisa Basso, the sister of Giro d’Italia winner Ivan Basso, has been banned from attending sporting events in Italy for the next four years. The National Anti-Doping Tribunal of the Italian Olympic Committee (CONI) handed down the ruling on Friday afternoon.

Basso and her husband, former rider Eddy Mazzoleni, had plea-bargained for lighter sentences in the case stemming from Operazione Athena, which began in 2005 and investigated a drug dealing ring in several gyms in the Bergamo and Como area of northern Italy. Mazzoleni was given a waived prison sentence of four months and must pay a fine. He was handed a two-year suspension from cycling in 2008.

Elisa Basso is not an active athlete. Her brother, Ivan Basso (Liquigas) is not involved in the case.

According to CONI, Elisa Basso is forbidden “to join or to hold any position within the Italian Olympic Committee, Italian national sporting federations or the associated sporting disciplines; to frequent sporting facilities, spaces designated for athletes and their coaches; or to take part in sporting events that are held in national territory or are organised by the forenamed sporting entities.”
Posted by Recovox at 11:09 AM