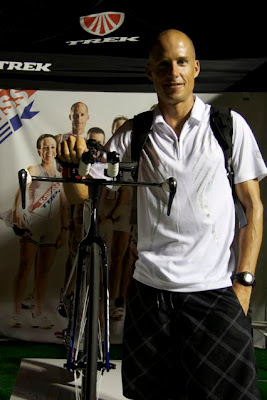 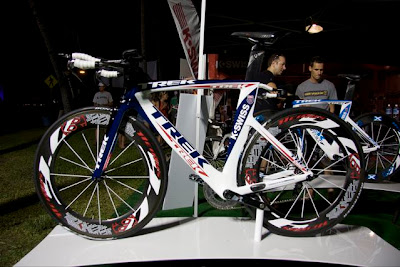 One man synonymous with fast riding in Kona is US athlete Chris Lieto. Last year Chris reached T2 with a margin of 12 minutes over his chasers, and only defending champion Craig Alexander was able to catch the hard-riding American on the marathon. Last year Chris was riding a prototype version of the now released-to-market Trek Speed Concept triathlon bike, and this year once again will be on the latest and greatest that Trek can provide to the man who once again is expected to be leading the field on the Queen K Highway.
Posted by Recovox at 9:37 PM