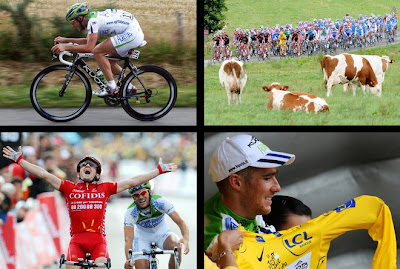 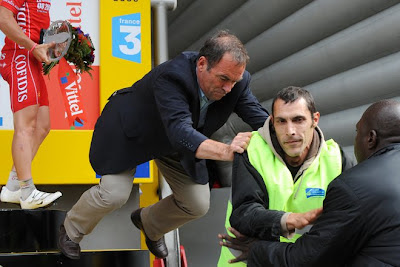 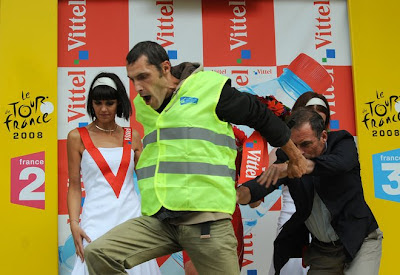 Five-time Tour de France winner Bernard Hinault (R) push away from the podium an anti-airport protestor, on July 7 2008 in Nantes, at the end of the 208 km third stage of the 2008 Tour de France cycling race run between Saint-Malo and Nantes. French Samuel Dumoulin (Cofidis/Fra) won ahead of US William Frishkorn (Garmin-Chipotle/US) and French Romain Feillu (Agritubel/Fra) who took the yellow jersey
Posted by Recovox at 12:01 PM