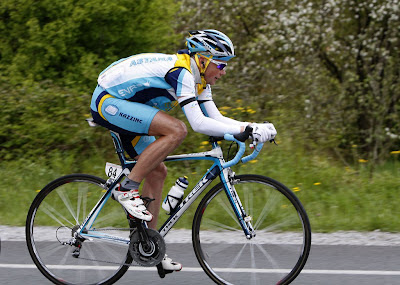 "The Cascade Cycling Classic is considered one of the country's premier stage races, with past champions including Lance Armstrong who won the event in 1998 during his recovery from cancer," said Doug LaPlaca, president and CEO of Visit Bend. "The terrain, scenery, quality of the field, and the hospitality and support of the Bend community make this race one that most riders have had on their calendars since the dates were first announced."

A field of 148 other pro riders to round out the 150-rider NRC Pro 1 Men's field. The Cascade Cycling Classic is expected to attract more than 550 riders competing in the NRC Pro 1 Men's, NRC Pro 1/2 Women's, OBRA Masters Men, OBRA Cat 2, and OBRA Cat 3/4 fields.

"As the Cascade Cycling Classic has grown in size and popularity over the years, we've been fortunate to host some of the biggest names in the sport before they went on to fame," said Chuck Kenlan, executive director of MBSEF. "These athletes are great role models for the youth that MBSEF serves, and they are the reason we go to great lengths to involve the community with the cyclists and vice versa during the week."