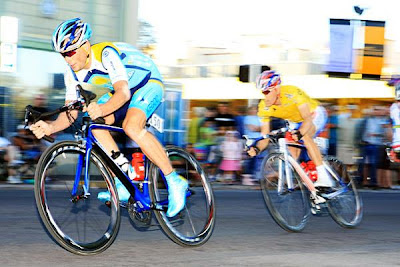 "I'm happy to have put on a good show," said stage winner Rollin, who continued to joke with the crowd. "As a sprinter this is one of the worst races I have ever done. There is climbing every day which is not great for me, but I had some fun tonight."

It may not be the yellow jersey of the Tour de France but the thick crowds gave race leader Levi Leipheimer (Astana) a warm reception as he rolled to the start line for the evening criterium in the Cascade Classic yellow leader's jersey.

Leipheimer maintained his 1'58" lead over Tom Zirbel (Bissell) and 2'02" gap ahead of Jeff Louder (BMC).

"These guys were really fast tonight and Toyota-United rode a fantastic race," said Leipheimer who admitted he could not remember the last time he raced a top notch US criterium. "Chris Horner put on clinic for me, always in front and in control – he's worth eight guys to me."

Leipheimer competed in the Cascade Classic ten years ago and noted the many changes he observed in this evening's criterium.

"Wow, this race was off the hook," said Leipheimer. "It's ten times bigger, better and faster. I don't remember it being this aggressive." 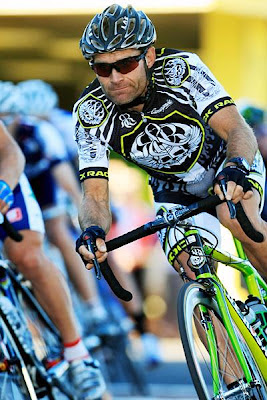