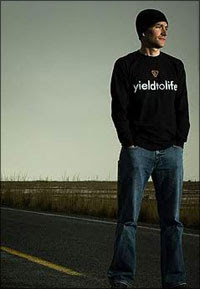 DZ: The off season is the time to try and get everything in my life in order so I don’t have to worry about as many things when the racing hits. Take care of the family, the new house and myself. For example, I spent 3 hours at the dentist today and am scheduled for 6 more. Also cut a bunch of old xmas lights off some trees in my back yard that the previous owner left behind. There is just no way I could do that from Europe.

The word is that you’ve relocated into the suburbs of Los Angeles. How’s that going?

DZ: The Burbs. What a great movie! I think I’m going to watch that film tonight. It’s pretty quiet out here in the burbs and that makes the training much easier. You can also park your car wherever you want and no little 3 wheeler is going to come give you a ticket.

I stood up on the roof the first few nights here with my Captain America shield shouting some lines from ‘Roots’, just to test out the new neighbors. No one came out and said anything and no police showed up. I’m stayin’, I’m finishing my coffee.

What kinds of cross-training exercises are you using to maintain your fitness in the off season and to get ready for the first training camps of the new season?

DZ: I am getting some great cross training guidance from Jon Hamm of ‘Fitness on the Run’. He is kicking my ass. I’ve been doing a lot of stuff to toughen my core and shoulders. I feel a big difference on the bike already, but I think I really need to stick with the routine as much as possible during the season as well.

When and where is the first team meeting?

DZ: It’s in the Cayman Islands and I leave pretty soon. I’m not going to make that Pink Floyd concert after all. However, Ryder says the first real camp is going to kick off in Maui in December.

What races are you particularly excited about when looking at the 2011 season?

DZ: I’d like to win in California and have an awesome result at the Tour. I’m also going to try and get my Stars and Stripes jersey back. Then there are the new races on the calendar, like Utah and Colorado, that I’m also looking forward too. I would also like to ride and do well at Liege-Bastogne-Liege.

What’s your reaction going to be when your boys announce that they want to race bikes?

DZ: Well I’ll probably sing them a song or two. But if they want to ride that’s their choice. I am definitely not hiding the bikes from them. I still think riding is one the best things in the world to do and they should enjoy that experience as well, up to and including racing.

There’s been a bit of a buzz around your decision to go vegan. How’s the diet working out for you? What are some of your favorite foods now?

DZ: Being vegan is working out very well for me. I feel very clear mentally and I have a lot of energy. My new favorite foods are hemp seeds, maca root, and these incredible Vitamix shakes which have everything in them.

DZ: I only watch one hour of TV a week and it’s dedicated to Dexter.

Is it true that YouTube sensation Kenny Powers is a source of inspiration for you?

DZ: Kenny Powers has changed my life. I need to watch him before I respond to emails now.

Picture this…you’re at dinner with Spider-man, Captain America, and Batman. You decide to settle an argument about who’s the strongest on the bike by racing. Who wins?

DZ: That’s a tough one…I mean think if Cap uses his shield for a disc…if Batman uses some kind of motor…or Spidey were to shoot some webs…this race would either need a lot of rules or none at all…I think it would be more interesting with no rules and if that were the case I would take Spidey…he just has the build for it. Meanwhile, I come in last on purpose because I just want to see all the action in front of me.

In the event that Tony Stark decides he wants Stark Industries to fund a cycling team, and he comes to you for advise on building the ultimate team bus, what do you tell him?

DZ: I would tell him to skip the bus and just give us all Mach IV suits so we could fly back to the hotel fast…but if he were hell bent on a bus…it should have beds for every rider and ample space place to leave your luggage in between the races…a place for massage…showers…2-4 toilets…a driver named Andrea…Wifi…big speakers on the outside and a mic for me to have some fun with.
Posted by Recovox at 12:35 PM