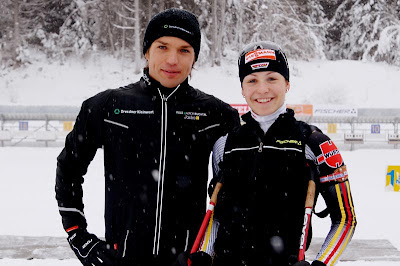 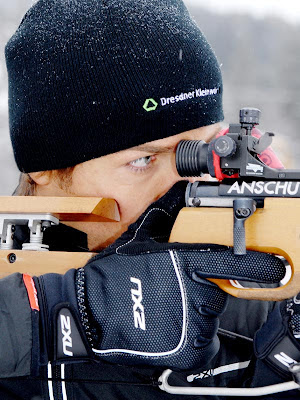 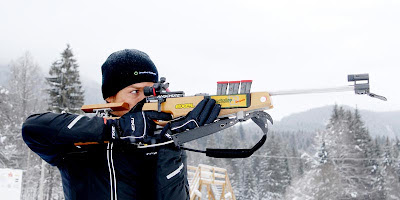 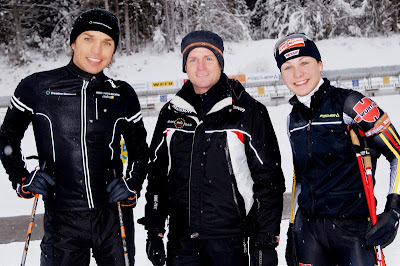 Normann Stadler, team captain of the Dresdner Kleinwort Triathlon Team was in the Bavarian town of Garmisch-Partenkirchen to do some winter training.

For a change, Normann Stadler begins the triathlon season of 2008 on cross-country skis in order to train his body’s strength and defences amidst the cold mountain air.

One highlight of the snow camp so far was a training day together with Magdalena Neuner, the youngest triple-World Champion in women’s biathlon ever. The 20 year-old, who was named female German sportsperson of the year 2007. She showed the world champion of Hawaii the right skiing techniques and taught Normann how to shoot on biathlon targets.

“Triathlon meets Biathlon – the training with Magdalena was great fun. The mountains, the fresh air and the snow are a nice incitement when doing the endurance exercises.”

Garmisch-Partenkirchen is also site of the traditional ski jumping contest on New Year's Day, as a part of the Four Hills Tournament.

Normann who spent New Year’s Eve in Garmisch, wishes all his fans, friends and sponsors a happy and successful year 2008“!
Posted by Recovox at 6:37 PM