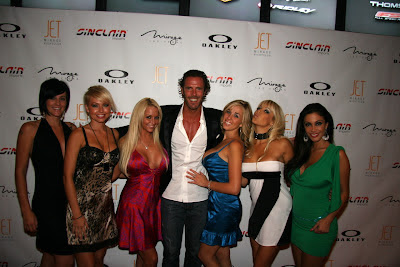 Cipollini spent last week at the U.S. team's training camp in Malibu, California. But on Thursday, he threw some doubt on whether he would be joining the team.

"It's not an easy transition," he said in a telephone chat with Rai television. "We'll see. We're still in talks. But compared to two days ago, things are a bit more difficult. Something has happened."

Now, it appears that Cipollini's first race in Rock Racing colors will be the Amgen Tour of California, February 17-24.

The 40-year-old speedster "is not coming back to try and win," said lawyer Giuseppe Napoleone, according to the Ansa news agency. "He's done everything he needed to do. That's not the aim,"

"It's a young team that has asked Mario to take part in certain races for image reasons. He'll only race in the United States, not in Europe."

Before retiring in 2005, Cipollini had an impressive list of accolades, winning the world title in 2002 and racking up a record 42 stage wins at the Giro d'Italia.
Posted by Recovox at 5:10 PM