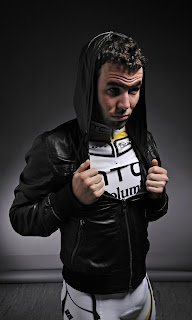 André Greipel was blunt when he arrived in Adelaide for the Santos Tour Down Under on Saturday. The dual and defending champion was asked what his relationship was with former team-mate Mark Cavendish. In reply, Greipel deadpanned: "There is no relationship."

This 13th edition of the Tour Down Under marks the first showdown between the two since Greipel left HTC-Columbia at the end of last season for Omega Pharma-Lotto and it's this intense rivalry that's threatening to steal the show in Adelaide.

So where did this vitriolic stoush begin?

The 2007 Etoile de Bessèges in France was Cavendish's debut race for the then-T-Mobile team. Both Cavendish and Greipel were together in the bunch sprinting for the opening stage finish line in Marseille right up until the last bend. A mix-up with the lead-out train left Cavendish alone and he would finish second behind Credit Agricole's Angelo Furlan. Greipel finished seventh and a fierce argument ensued.

Team director Allan Peiper shed some light on the rivalry's early moments after the race saying:

"We have two top sprinters competing for the first time in a team and they still have to work things out between each other. In the next few days I'm sure this co-operation will function better and I'm optimistic that it will lead to success."

The following year the pair rode the Giro d'Italia as team-mates. Manxman Cavendish took out two sprints – stage four from Pizzo Calabro to Catanzaro-Lungomare and stage 13 between Modena and Citadella. When Greipel was victorious on stage 17 from Sondrio over the Swiss border to Locarno, it was Cavendish who stepped aside to let the big German power home over the finish line. Images of Greipel's win show both riders with their arms in the air in celebration.

"We decided that I would go first into the last corner," stated Greipel after his win. "I started my sprint and I just thought I would go all the way to the finish. We did the lead out train as normal, I did my lead out and I felt really strong."

It was the last time we saw the pair race together.

In the following Grand Tour event, the Tour de France, Cavendish cemented his position as Team Columbia's premier sprinter, winning four stages before withdrawing to concentrate on his preparation for the Beijing Olympic Games. There, Cavendish was the only British track cyclist not to win a medal.

For Greipel, the 2008 season lacked the prestige of his team-mate. Four stage wins along with both the overall and points jersey at the Tour Down Under; together with a stage win at the Tours of Austria and Germany was as good as it got.

Then in 2009 both riders enjoyed a great season. Greipel would claim 20 stage wins, including four at the Vuelta a España, after suffering a broken collarbone at the Tour Down Under.


Greipel en route to winning the 2010 Santos Tour Down Under. He'll be back this month to defend the title.

Such success gave both sprinters serious ammunition when it came to team selection in 2010, creating quite the dilemma for team directors.

Greipel was dominant early in the season, winning three stages, the points jersey and the overall title at the Tour Down Under. The German then took out the Trofeo Magalluf-Palmanova at the Mallorca Challenge, and a stage at the Volta ao Algarve.

The same couldn't be said for Cavendish, who was missing in action with dental issues and a series of crashes – but it was the Manxman who got the gig for Milan-San Remo.

Greipel was furious, believing he should have ridden La Classicissima, telling sport1.de: "That was a real blow for me. My riding hasn't been so bad that I didn't deserve to start."

Greipel didn't even watch the race, instead taking his young family to the zoo. "You have to take advantage of days like this, if you aren't even nominated.

"Cavendish is having his problems right now. I have ridden some good races," Greipel continued. "When it comes down to a sprint, you can count on me."

Cavendish would finish in 89th place and the war of words began again. Taking a chance to hit back at Greipel's claims that he could have done a better job than his team-mate, Cavendish hit back saying: "Me on bad form is still better than him.

"I was pretty pissed with Greipel's comments after San Remo," Cavendish told The Guardian. "If he thought he could win, he'd say it before the race rather than when he's looking at the results sheet. It wasn't through lack of form that I didn't win San Remo - it was bad luck. Last year I won it picking my nose.

"This year it was possible I'd win again. There's no chance of Greipel winning a 'monument'."

Last year saw Greipel well in front in terms of his win tally with 21 victories, including one stage win at the Giro d'Italia, to his name. Cavendish was almost quiet on previous seasons with 12 wins – nine of which came in Grand Tours.

Following his arrival in Adelaide this week Cavendish was asked whether he had spoken to Greipel since his departure to Omega Pharma-Lotto, to which the Manxman quipped: "Why would I?" putting his non-communication down to competitive juices.

In fact, Cavendish refused to acknowledge Greipel's participation in the Tour Down Under at all, instead pointing to a line-up that includes Robbie McEwen, Tyler Farrar and Gerald Ciolek.
Posted by Recovox at 7:45 PM