Kara Goucher - Shaking Off The Rust 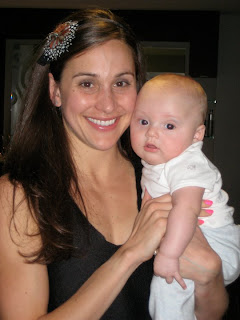 My streak of 511 days without racing came to an end Sunday at P.F. Chang’s Rock ‘n’ Roll Arizona Half Marathon in Phoenix. It was a mixed bag. On the positive side, I love racing and missed it, and it felt great to get out there and suffer again after so long. Also on the positive side, it was something I really needed as I prepare for the Boston Marathon in April. On the negative side, I did not run especially well or feel particularly good, and I lost!

The week leading up to the race was less than ideal. Colt had to be hospitalized and operated on, I spent a couple of sleepless nights on a cot in his room, my training was messed up, our travel plans were delayed and then hurried, and I had to spend much of Saturday on my feet instead of off them as I normally do the day before a race. I think I was functioning on pure adrenaline throughout that week and I could feel that adrenaline run dry about halfway through the race!

All in all, I’d say the events of last week added a minute to my finish time of 1:14:02. This means that, even in ideal circumstances, I would have run about five minutes slower than my normal half marathon time. That’s about where I should be at this stage of my post-pregnancy comeback; unfortunately, it wasn’t where I needed to be to beat Madai Perez to win the women’s race or Mario Fraioli to win the “Battle of the Sexes”.

I can’t help it—I’m very competitive and I hate losing. Sunday I felt like I lost twice in one race. In the middle of it Adam shouted to me, “You’re only 80 seconds behind!” And I thought, 80 seconds behind who: Madai or Mario? It didn’t matter—I wound up about two and a half minutes behind both of them. My legs just didn’t have their old snap, so I had to forget about racing and just run hard and get what I could out of the effort.

Now, if you’re concerned that my performance in Phoenix doesn’t bode well for Boston, relax. I’ll be fine. I’ve got almost 90 days left to build on the foundation I’ve laid, which is really an eternity. I’ve made more progress than I’ll need to make to contend in Boston in less time in the past. And my foundation is very solid. I’ve already got three 100-mile weeks in my legs; compare that to my ramp-up for the 2009 Boston Marathon, when I didn’t do my first 100-mile week until February.

True, my speed and racing sharpness are behind where they were two years ago, but I’m not worried about that at all. For starters, Sunday’s race itself will give me a big boost in that regard. Nothing gets me ready to race like racing. Alberto told me I’d probably be able to run the same half marathon three minutes faster two weeks from now, and I believe it. Next up is cross country nationals in San Diego on February 5, and I know I’ll get another boost from that.

I’m really excited about these next 12 weeks of training. Up to this point I’ve just been trying to survive; it’s been all I can do to absorb all the foundation-building mileage I’ve been doing. Now I’m reaching the point where the volume itself is not such a challenge and I can turn my attention to going faster and faster in my key workouts. Plus, I just weaned Colt, which will only give me more energy to put into those workouts!

Speaking of Colt, the other important benefit I took away from P.F. Chang’s Rock ‘n’ Roll Arizona Half Marathon was my first experience traveling with Colt to a race. I’m happy to say this was probably the most successful part of the trip. He was really good on the plane and he had two of the best nights of sleep of his young life in the hotel. It’s funny, I remembered to take everything Colt needed for the trip but I forgot my own warm-ups and drink mix—something I never would have done before I became a mother! That’s why this practice was so important, though. Now I see the kinds of mistakes I’m liable to make when I travel to a race with Colt and I can prepare to avoid them next time.

I can’t wait till next time!
Posted by Recovox at 8:24 AM