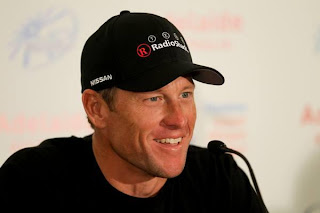 Heading into the final races of his career outside of the United States, Lance Armstrong admitted that his comeback to racing after a three-year retirement had not gone as planned. He had hoped to win yet an eighth Tour de France but accepted "that's what happens in sport.”

Armstrong, 39, retired after the 2005 season and returned in 2009. He finished third in the Tour that year after a tense war or nerves with then Astana teammate Alberto Contador. Armstrong is in Australia with Team RadioShack to ride the Cancer Council Classic on Sunday, followed by the Tour Down Under.

"I thought I'd win another Tour, I really did," Armstrong said at a press conference in Adelaide, according to the Associated Press news agency. "It was different than I expected — that's just the reality, I'm not going to make any excuses. I did everything I could. ... No regrets though, none at all."

Armstrong has often been subject to allegations of doping and is currently linked to a US government investigation concerning cycling and doping after detailed accusation by former US Postal Service teammate Floyd Landis. Armstrong has never tested positive and has always denied the accusations.

"I never lose sleep — ever," he said when asked about the investigation. "It has no effect on my life, zero. That's for other people to deal with."

The constant talk about doping has been of the major downsides of his career. "That drags on you after a while and it gets old," he said, "but it's still a great sport, one that I'd like to see more unified and ultimately excel."

"Our sport could be better organized, could be more unified and we probably need a deeper reservoir of stars, because when you only have a couple that really stand out then those — for better or worse — tend to get the bulk of the attention and the bulk of the criticism," Armstrong said, "and I suppose I've been in the cross hairs of that plenty."
Posted by Recovox at 1:18 PM