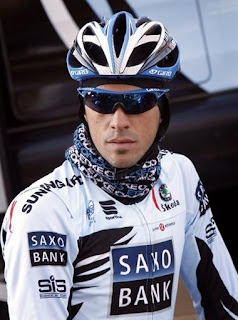 The RFEC is reportedly recommending the suspension, while Contador has 10 days to appeal the decision before the final opinion is issued on February 9.

Contador tested positive for a low level of the banned substance during the 2010 Tour de France's second rest day in Pau. He claimed the adverse finding was the result of contaminated meat consumed that day. He was provisionally suspended by the UCI in September after the announcement of the test results was made.

Contador signed with the Saxo Bank team before the doping controversy erupted, and has been preparing for the season with the team at a training camp in Mallorca this week.

Contador stands to be stripped of his title in the Tour, his third victory in the race and fifth Grand Tour win.
Posted by Recovox at 12:08 PM