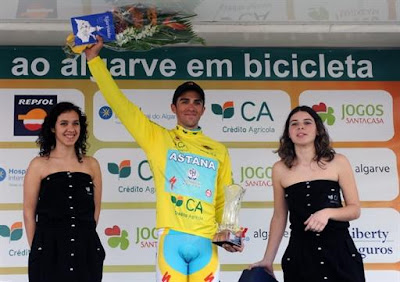 Sanchez set a time 21:32 for the 17.2km stage from Laguna to Portimao. Contador was slower, with a time of 21:45, but won overall thanks to the precious seconds he gained while winning Friday's second stage. Luis Leon Sanchez finished second overall at 30 seconds, with Tiago Machado (RadioShack) third at 32 seconds.

As expected, Contador was not allowed to use his Shiv time trial bike because of new UCI regulations. He opted for a more standard red Specialized time trial bike instead.