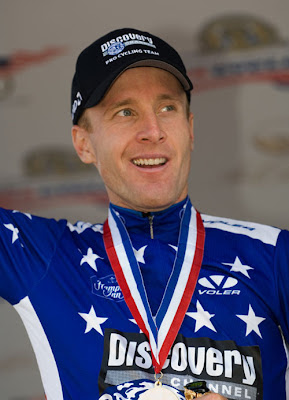 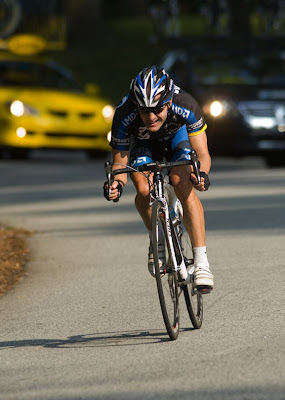 Following his emphatic victory in the USA Cycling Pro Championships on Sunday, Discovery Channel's Levi Leipheimer wasn't giving any clues as to whereabouts next season after the American squad disbands at the end of the year. The 33 year-old, who has enjoyed his most successful season ever after making the Tour de France podium, broke away solo on the ascent of Paris Mountain and put his time trialling skills on show to come home 1'11 ahead of team-mate and last year's winner George Hincapie.

"Regardless of which team I ride for next year, to be the US national road champion is... honestly I didn't even believe it today," said Leipheimer. "I was taking [the race] how it came, I was aggressive and if I was out front giving it everything I knew that George was behind chasing me. In the end it worked out and I was pretty tired, but thankfully there wasn't a lot of cooperation behind me."

Hincapie, who will ride for T-Mobile next year, did not seem very happy with his second place behind his teammate's win. "This year was a lot more negative racing," he said. "When Levi went up the road it was up to the other teams to chase and they just sat there and watched everyone else. If I tried to go they would come after me. I had to play my cards from the back, there wasn't much cooperation, but the team worked well today. Last year was a lot faster and more aggressive racing."

When asked what it was like racing for a team that would not exist next season he said, "The team is disbanding but we are all under contract until December 31, 2007 and we are professional riders, doing our jobs until the last day."
Posted by Recovox at 6:59 PM