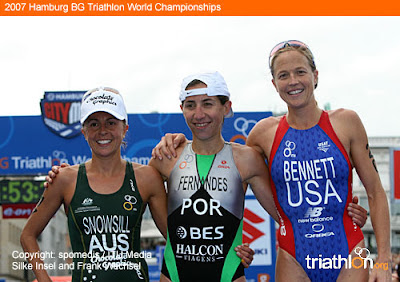 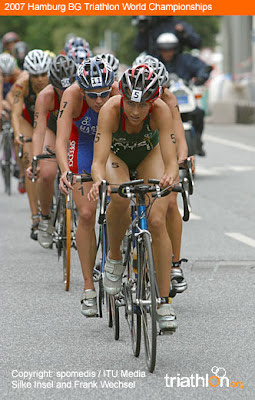 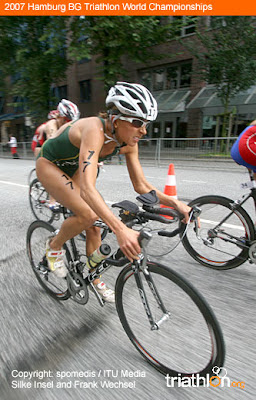 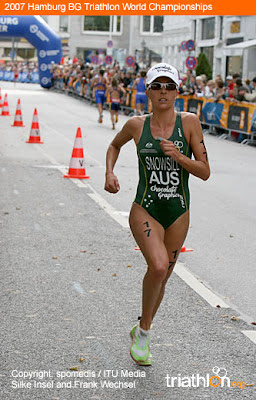 Portuguese superstar Vanessa Fernandes is the new triathlon world champion, winning today with a time of 1 hour 53 minutes and 27 seconds. Three-time world champion Emma Snowsill came from behind to win silver while American Laura Bennett took the bronze, her fourth career medal at the world championships.

After cycling in the lead pack that extended its lead virtually with every lap, the world number one Fernandes headed out onto the run in 11th place. But it wasn’t long before she reeled in the ten women in front of her one by one. Early in the first lap, Fernandes caught up with the leader Bennett and passed her, surging ahead to take the lead for good and win her first career triathlon world championship and the first elite world title for Portugal. In three previous trips to the world championships, Snowsill had won gold and though Fernandes thwarted her bid for a record-tying fourth world title, Snowsill called this a “personal victory” as she faced a deficit of more than a minute. The German contingent fared well in the first world championships in their country, placing three in the top ten. Both Ricarda Lisk and Anja Dittmer won places on the 2008 German Olympic team, with their top ten finishes.