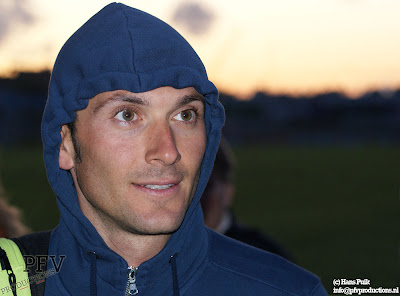 In a twist in what's been one of the most drawn-out transfer sagas of the year, La Gazzetta dello Sport also state that Contador is working on bringing Ivan Basso to the team. Basso, who won the Giro d'Italia in 2006 and served a two-year doping-related suspension for his involvement with Dr. Eufemiano Fuentes, is under contract to Liquigas for the 2010 season. He would be available to join Contador at Astana in 2011.
Posted by Recovox at 11:01 AM