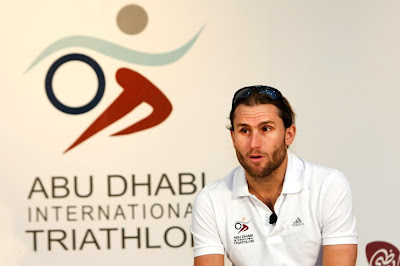 The adrenaline-pumping event, which is aimed at attracting up to a 1,000 triathletes, including the world’s top 40 professionals, boasts a testing 223kms ‘pure power’ course and will mark the debut of a race of this length and discipline distances. The route has been specially designed to take in a host of Abu Dhabi city landmarks. A second 111.5kms route, which can be run as a team relay event, is also available, with both distances open to elites and amateurs.

The ADIT format, with a finishing running leg shorter than typical Ironman events, allows athletes to recover faster and compete more often – a factor which has been identified as crucial to international triathlon community success.

ADTA, which uses sport as a destination awareness-building platform to promote the emirate as a rapidly emerging business and leisure destination of distinction, believes ADIT will quickly become a top-tier fixture on the annual global triathlon racing calendar.

“This is the result of months of intensive planning and a detailed exploration of the sport through our backing of Team Abu Dhabi Triathlon and the staging of the multi-discipline, cross-emirate Abu Dhabi Adventure Challenge, which in December attains its third anniversary. We have culled the best of events around the world, and blended them with Abu Dhabi’s signature culture and destination qualities to create a unique triathlon event,” said Faisal Al Sheikh, Head – Major Events Division, ADTA - the body which manages the tourism industry of the emirate, the largest of seven which make up the United Arab Emirates.

“The staging of our own triathlon, with its enhanced race format, will give us additional power in the adventure athletics arena and builds on the platform that we have created, both locally and internationally.

“Further we believe that competitors, their families and fans will look at Abu Dhabi as a combined event-holiday destination and stay after the race to sample our famed hospitality and take in our many attractions and cultural activities.”

The inaugural ADIT will feature two distances, a long course event and a shorter half distance event.. Professionals will be tested across a 3kms swim, followed by a 200kms cycle and finishes with a 20kms running leg. The shorter version, at half the length, has a 1.5kms swim, a 100kms cycle and a 10kms run.

“The course has been designed by triathlon specialists to ensure both professional and amateur athletes are challenged yet exhilarated by what they see and by the terrain they cover. This will be a unique, world-class event promising an incomparable level of competitor experience and excitement,” said Jon Hazan, ADIT’s Operations Director.

ADIT’s opening swim leg takes place in the lagoon of the iconic Emirates Palace, one of the world’s most luxurious hotels.

The cycling section will take athletes past some of the destination’s most iconic sights including Emirates Palace, the Sheikh Zayed Grand Mosque, one of the world’s largest, and along Abu Dhabi’s signature Corniche - all under the safety of completely closed roads.

The route will then go east of the city over Saadiyat Island, the 27 square kilometre natural island which is 500 metres offshore Abu Dhabi city, and on to the destination’s emerging entertainment hub of Yas Island - home to the highly successful 2009 Formula 1™ Etihad Airways Abu Dhabi Grand Prix – where they will compete on the same circuit as many of the world’s top race drivers.

The athletes will then run back to the Corniche through the Heritage Village to the west of the city.

“They will pass many areas of Abu Dhabi that make the emirate one of the world’s finest destinations. Cycling around the track in the shadow of towering grandstands will be a once-in-a-lifetime opportunity not to be missed,” added Hazan.

One man who is relishing the chance to show off his racing credentials is Faris Al Sultan, the 2005 Ironman World Championship winner and captain of Team Abu Dhabi Triathlon – the international triathlon squad backed by ADTA.

“It is fantastic that a world class long course triathlon has come to Abu Dhabi and the UAE. The emirate has a long track record of delivering some of the world’s best sporting events such as the recent F1. When the authorities here decide to do something, they do it with full commitment and dedication this will be world leading not just in prize money but every aspect of athlete care.”

“Though flat, the course will have its unique challenges with the length of bike and heat. Though a milder time of the year it will be crucial for people to think about the heat and plan accordingly”

“I personally cannot wait for the event and I look forward to racing, alongside my team mates on Abu Dhabi Triathlon and the rest of the world’s top professional and age-group athletes”” said Al Sultan, who has just returned from Hawaii, where he clocked up a top 10 finish in the 2009 Ironman World Championship.

Some 1,000 places are available for the inaugural ADIT, charged at US$150 for the long-distance and US$96 for the shorter event prior to 31st December 2009. Prices from 1st January 2010 will be US$180 and US$123 for the long and short distances respectively. 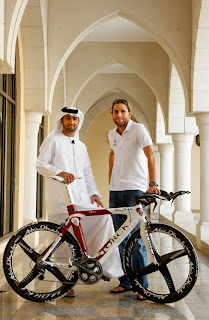 Abu Dhabi is the host of every sports and it provide every facility about sports.I think you have seen many new thing in sports club of Abu Dhabi.There are many expense invest in sports.
Abu dhabi tourism