The System: How the Nike Oregon Project has Rejuvenated the Gouchers' Running 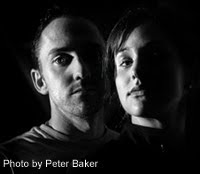 It was the week before Christmas, but in the Goucher household in Oregon the thoughts weren't of last-minute shopping or gifts under the tree. All Kara wanted this Christmas was a healthy right knee.

How she got it illustrates at least some of the reason for her recent success. Kara's coach, Alberto Salazar, calls it "the system." Most people know it as the Nike Oregon Project. For both Adam and Kara Goucher it has rejuvenated their careers. "Had we stayed in Colorado, we wouldn't be where we are today," Adam says. "Our running (careers) probably would have been done. Honestly, we probably wouldn't have gotten any better."

Adam says this not to diminish what either did in Colorado or elevate one program over another, but merely to point out that at this point in their lives, the Oregon program has provided them with the key elements they need to reach their goals, which include climbing as far as they can up the ladder in their respective events on the world stage. More specifically, while the Gouchers get emotional and psychic support from their families, nearly every other aspect of their athletic life is aided by the support provided by the Nike program.

In the case of Kara's knee, a pain developed after a mile repeat workout on the grass fields at the Nike compound in Beaverton. Salazar theorizes that the turns, which are marked by cones, were set too severe, and the resulting strain may have been too much for her right knee. After a week of cutting back in workouts to see if the injury might heal yielded no success, Salazar contacted Dr. Robert Cook, former team physician for the Portland Trailblazers NBA basketball team, who immediately got Kara in for an MRI.

Torn cartilage was discovered. The scan was done on Friday; on Monday Dr. Cook operated to repair the knee. The ability to get something like this done quickly is both emotionally and physically beneficial, Salazar says. While it may be the norm for the high-profile sports like the NFL and the NBA, it's not for professional runners, says Adam Goucher, who benefitted from the same efficiencies when he had foot surgery last fall. Having that sort of support can make the difference between making breakthroughs and/or continued development for an athlete, he says.

It was one of the reasons the Gouchers decided to move from Colorado to Oregon in late 2004. They had both been successful in Colorado. They liked it there. It was comfortable, but they didn't want to be comfortable. They wanted to find out how good they could be.

That wasn't happening in Colorado. When they saw what was available in Oregon, they were convinced it was worth a try. Not without reservations. Kara says that after John Cook, who was coaching in the program at the time, outlined all the support they would get and the variety of resources available to them, he added: "You'll have everything here you need to succeed."

Kara says that thought was both encouraging and scary. Scary because if they made the move and didn't improve, it meant they simply didn't have the necessary talent. Encouraging because it would mean they could get massages twice a week, regular monitoring of physiological parameters such as blood values and nutritional health, altitude training, and use advanced training devices, such as an underwater treadmill and a specially designed weight-bearing treadmill that allows you to regulate the amount of impact stress on the legs.

Add to that about an hour a day of non-running exercises--a set of 12 separate drills that are designed to strengthen and protect various parts of the body--and you have a program that trains the whole body, not just the legs and cardiovascular system. Add in the high-tech ice vests for cooling prior to racing in hot climates or the low-tech sweat suits that are used in training for the heat, and you have the pieces of a program that strives to anticipate and plan for every detail of race preparation.

Most of this is not new, says Salazar, just the adoption of time-tested methods developed many years ago by other runners, coaches, and trainers(both human and horse). "I really believe that in the end it's not the coaching that is going to make or break you," Salazar said. "Anybody can get athletes fit enough to run fast times. Whether you do in on any one day, that's where coaching comes in, being able to peak at the right time."

The focus in Oregon is on both the mind and the body. Athlete "buy-in" is vital, says Salazar. If the athlete doesn't believe in the program, then it only encourages more doubt than confidence. The target organ for the training program, therefore, is the brain.

Both Kara and Adam work with a sports psychologist. Unlike most athletes, Kara has been very open about her "inner monologues," the "Can I do this?" questions that all athletes ask themselves at critical moments in a race. She knows this is something she has to work on, as she believes it has has held her back in the past.

She doesn't worry that her openness about her doubts will encourage other athletes to believe she is vulnerable because she says she has been able, with the help of the sports psychologist, to develop strategies to deal with this perceived weakness. "Our psychologist says that Kara is the toughest mentally of all our athletes," says Salazar.

Kara has increased her weekly mileage to 85 or 90 miles a week. One of her key workouts is 6 – 7 x 1-mile repeats, often done on a grass field to minimize impact stress. The speed or tempo work is usually done on "soft surfaces," which includes the track, with only a small percentage of the running done on the roads, Salazar says. He uses the Dellinger/Bowerman formula for the mile repeats when attempting to judge Kara's fitness. According to that theory, whatever you average for the mile repeats, add 5 or 6 seconds per mile to come up with a time you are probably capable of doing for 10K, Salazar says. Before Osaka, Kara ran 7 X 1 mile in 4:51 with 400m rest. Her average pace in the Osaka heat was 5:09 per mile.

This year, says Salazar, the focus of much of her training will be on her kick. While she was able to average 30 seconds for her 12 x 200 workouts in 2007, the hope is to get faster. There will also be drills, Kara says, to allow her to "throw the switch," turn on her speed almost automatically in response to a challenge or surge by another runner. She hesitated when other runners made their move in Osaka, she says. While that lapse didn't cost her a medal, it might in Beijing, where it is likely to be a similar tactical race.

"Kara is very strong, so the key for her is to be in there in the last lap," says Salazar.