Here We Go Again - Cipo Wants Out Of Rock Racing 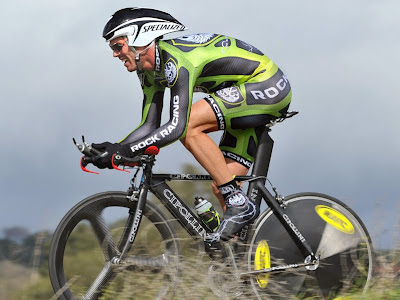 Mario Cipollini is set to leave the Rock Racing team, according to a report in Tuesday's La Gazzetta dello Sport. And there is speculation that he could ride Saturday's Milan-San Remo with Tinkoff Credit Systems.

Cipollini retired after the 2005 Milan-San Remo, but was enticed back to racing by American entrepreneur Michael Ball, owner of the Rock and Republic clothing brand. After months of on again, off again negotiations, Cipollini signed for the team and took part in the Tour of California, where he managed third place in one of the stages.

Rock Racing had ambitions to race in Europe with Cipollini eventually becoming team manager. But it seems that the "Lion King" was unhappy with the state of affairs and last week requested that his contract be annulled. Still, he hasn't given up on the idea of racing Milan-San Remo, which falls on his 41st birthday this year. But at this stage, nothing has been confirmed between him and Tinkoff or any other team.
Posted by Recovox at 8:57 AM