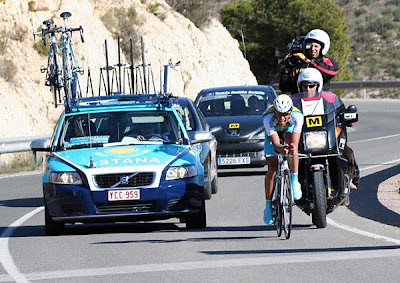 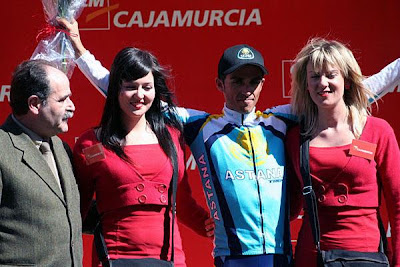 The Astana Cycling team under directors Alain Gallopin and Alexandr Shefer won the team classification by 1'04" over Acqua e Sapone and 1'32" over Caisse d'Epargne. They placed three riders in the top ten.

"We proved again that we are a strong team. We all worked for the same goal and, with Chechu Rubiera, we won the queen stage in this Tour of Murcia," said Gallopin, who was generally satisfied with the race. "However, I am convinced that Alberto Contador could have won the time trial on Saturday, and consequently the overall classification, if we were correctly informed about Valverde's intermediate time. It seems we were given the wrong time. Anyway, we are motivated for the next races. There are still enough challenges this year."

Contador agreed with his team director. "Maybe my preparation was not ideal. After the ASO decision not to allow us in their races, I was out a few days and my training suffered from it. Maybe then, I missed the few percent that failed me in the decisive time trial. My own fault, but the season is still long."
Posted by Recovox at 8:29 PM