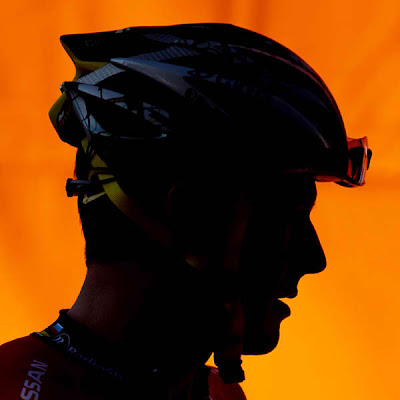 Warning: You may not want your teenager to read this column.

I say this because I don't want my teenager to read this column. At least not until he's older.

You see, I don't want to know the truth about Lance Armstrong, and that could be problematic for me because I've always taught my son to seek the truth. I've always taught him that truth is important. When Armstrong announced his official retirement from professional cycling this week (for the second time) the news stories also mentioned the ongoing investigation stemming from suspicions he used performance-enhancing drugs. I found myself thinking: I just don't care.

But I'm just over it. If he was the kind of guy who sat on his stack of millions and gloated about his out-of-this-world accomplishments, then maybe I would feel differently. But as of now I am having a hard time getting worked up enough to vilify a man whose foundation has raised nearly $400 million to fight cancer. I don't feel like looking for my pitchfork to chase the Frankenstein who successfully lobbied lawmakers and citizens in Texas to provide $3 billion over 10 years for cancer research.

One of the great motifs of gangster movies such as "The Town" or "Set It Off" is that sometimes the audience sympathizes with the bad guy. Should Armstrong be recast from his starring role as cancer survivor and seven-time Tour de France winner to that of villainous cheat, I'll still pull for him to succeed in the work that he's doing and feel good about the show. If I'm driving down the highway and hear a report on NPR that Armstrong has been found guilty of lying and using banned substances, it's doubtful I'll toss my yellow bracelet out the window.

If he's poured himself into his foundation as a way to alleviate the guilt in his heart, then so be it. There are plenty of cheating, self-serving athletes who have violated their sport and manipulated the public for what appears to be mostly the benefit of themselves. That is one of the reasons Roger Clemens, Barry Bonds and Alex Rodriguez are not sympathetic figures in this ugly era of sports. If Armstrong is indeed trying to buy forgiveness, I feel better knowing there are a lot of people out there whose lives have improved because of it. The end doesn't justify the means, but who among us really can't stomach what Armstrong is trying to do at this point in his life?

Is that distinction a slippery slope? Well yeah, it's an Alpine descent in the rain.

But I have peace with this because I recognize my attempts to instill a clear sense of morality in my son are constantly mocked by society's hypocrisy. (Like telling children education is important, but then funding it as if it's not.) So I will try for a little while longer to teach him the fantasy of a black and white world, knowing he'll soon be joining the rest of us living in the reality of gray. Of compromise. Of half-truths and yeah-buts. Of titles and records that been stricken from the books because an athlete/coach/team cheated.

The Bible says you can't get into heaven by good works alone, but when I look at the philanthropic work of Lance Armstrong, I'm just not that interested in seeing him go through hell either. And essentially that is the reason I hope my teenager doesn't read this column.

The truth is I don't want to know the truth. Not when it comes to Armstrong.

Armstrong's official retirement is not going to deter those investigating from doing their jobs and it shouldn't. This decade-long cat-and-mouse game involving Armstrong and investigators and the media and ex-teammates will eventually provide a more clear picture of an era in which many of the top cyclists had admitted to doping. And once that picture is revealed I hope those involved will be able to live with the findings.

As for me, I've already resolved my issues with Armstrong with regards to the PED allegations. That's one of the reasons I'll be hauling my bike and my situational ethics down to Texas this fall to ride in one of the Livestrong cycling fundraisers. Both my mother and mother-in-law are cancer survivors and I'm participating in support of them. And so if you feel as if I'm on a slippery slope with this whole Armstrong thing, a part of me hopes you are right. I'm going to need all the help I can get trimming my time off the ride.

LZ Granderson is a senior writer for ESPN The Magazine and a regular contributor to ESPN.com. He can be reached at lzgranderson@yahoo.com.
Posted by Recovox at 11:49 AM